Lebanon’s Hezbollah chief: outside and internal entities were trying to push Lebanon into a civil war scenario 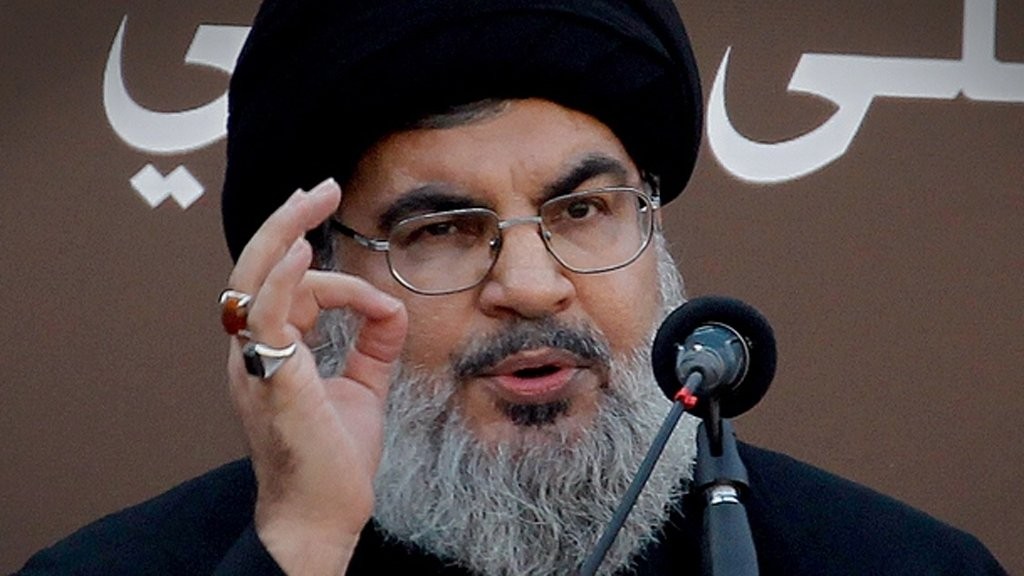 Shafaq News/ the leader of Lebanon's Hezbollah group said forming a government is only the first step in a long and arduous road to salvation. Sayyed Hassan Nasrallah also said a government of experts, with no political party representation as preferred by the Prime Minister-designate Saad Hariri and recommended by France, would not be able to take the hard decisions needed to salvage the economy.

Nasrallah said he would support a new Lebanese cabinet if one is announced on Monday, but said that a government formed solely of specialists would not last.

"Such a ball of fire, if you take it all alone, would finish you and the country," Nasrallah said addressing Hariri. "This is a big ball of fire."

"If the prime minister-designate agrees with the president on Monday a government of specialists we will agree," Nasrallah said in a televised speech.

"I am now saying to everyone a government of both technocrats and politicians which will not allow anyone to run away from responsibility is better," he said.

"Form a political government and let these (political forces) come with their bare faces, take responsibility for the crisis the country is in and cooperate in dealing with it," he said addressing Hariri.

"We will have to, in the coming weeks ... change the approach, the methods," he said Thursday, without elaborating. "We must do everything to avoid the collapse of the country and therefore accelerate the formation of a new government and the needed reforms."

Nasrallah said a government that sought to implement reforms required by the International Monetary Fund would find difficulty with issues such as subsidy removal.

"If the IMF comes and says we should lift subsidies, will the Lebanese be able to withstand that?" Nasrallah said.

Lebanon's talks with the IMF stalled last year over a row among government officials, bankers and political parties over vast financial losses.

"You can work to prevent the deterioration but you aren't," he said addressing Salameh.

Nasrallah also said outside and internal entities were trying to push Lebanon into a civil war scenario, without giving more details.

"I have information that there are outside forces and some internal ones that are pushing towards civil war...they are looking for the fuel to add to the oil," Nasrallah said.

For its part, hours before Nasrallah’s speech, Lebanon's prime minister-designate said that a government that could restart talks with the International Monetary Fund would be the main way to halt the country's rapid economic collapse, adding there was still opportunity to form such a Cabinet.

Saad Hariri spoke a day after trading barbs with President Michel Aoun over who is to blame for the five-month delay in forming the Cabinet, while the country unravels. The economic and financial crisis roiling Lebanon is the gravest threat to its stability since the 15-year civil war ended in 1990.

Hariri was tasked by Aoun to form a Cabinet in October after he was named by a majority of lawmakers.

He held an hour-long meeting with the president on Thursday, a day after Aoun urged him to form a government immediately or step aside. Hariri in turn challenged the president to step down, saying Aoun had rejected multiple proposals over the past five months.

On Thursday, Hariri said there was still an opportunity for a government to be formed and said he would meet again with Aoun on Monday.

Lebanon's local currency has been in a free fall since late 2019, losing over 90% of its value. The government defaulted on its foreign debt last year and nearly half the population has been pushed into poverty and unemployment.

Prices of basic goods have increased and inflation has soared. Banks have imposed informal controls on people's savings, and the Central Bank's foreign reserves have shrunk in a country dependent on imports.

The outgoing government resigned last August, following a massive explosion at Beirut's port that killed 211 people, wounded more than 6,000 and damaged entire neighborhoods in the capital.

Depleted uranium at the Lebanon’s Zahrani oil installations are used for research, Official

US urges ‘de-escalation of tensions’ in Lebanon