Ian Fishback, Who Exposed Abuse of Detainees, Dies at 42 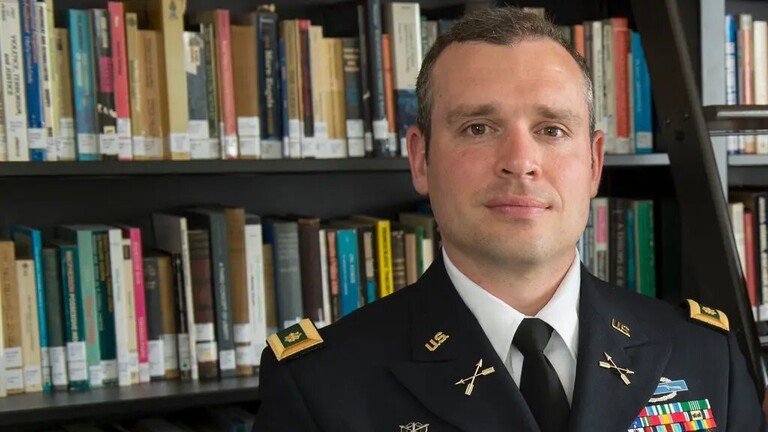 Shafaq News / Ian Fishback, an Army whistle-blower whose allegations that fellow members of the 82nd Airborne Division in Iraq routinely beat and abused prisoners prompted the Senate to approve anti-torture legislation in 2005, died on Nov. 19 in Bangor, Mich. He was 42.

His family said in a statement that the cause had not been determined. He died in an adult foster care facility, the climax to a distinguished but abbreviated career that the family said had begun to unravel as a result of neurological damage or post-traumatic stress disorder resulting from combat tours in Iraq and Afghanistan. He was admitted to the facility following court-ordered treatment with anti-psychotic drugs after he had become delusional and created public disturbances, his family said.

Major Fishback was one of three former members of the 82nd Airborne who said soldiers in their battalion had systematically abused prisoners by assaulting them, exposing them to extreme temperatures, stacking them in human pyramids and depriving them of sleep to compel them to reveal intelligence — or, in some cases, simply to amuse the soldiers. He said his complaints were ignored by his superiors for 17 months.

Major Fishback reported some of the abuses in September 2005 in a letter to top aides of two senior Republicans on the Senate Armed Services Committee: John W. Warner of Virginia, the chairman, and John McCain of Arizona. The aides said his reports were sufficiently credible to warrant investigation.

More allegations by two other members of the division were included in a report released later that month by Human Rights Watch.

“Ian’s greatest quality is not his courage, but his humanity,” Christopher Nicholson, a friend, wrote on gofundme.com, where by the time of Major Fishback’s death friends had raised more than $18,000 toward a goal of $60,000 to transfer him to the Austin Riggs Center, a private psychiatric treatment facility in Stockbridge, Mass.

“I always marveled at the way he could shoot at and be shot at by terrorists, watching his friends die in battle, then in the very next instant risk himself to demand that the prisoners be treated with decency,” Mr. Nicholson wrote. “I remember I once called him an expert on warfare, and he looked mildly offended and responded that he was an expert on justice.”

In his letter to the senators, Major Fishback said troops were often torn among the imperatives of doing what they were trained to do, following field manual instructions, obeying their superiors’ orders and responding to the exigencies of actual combat.