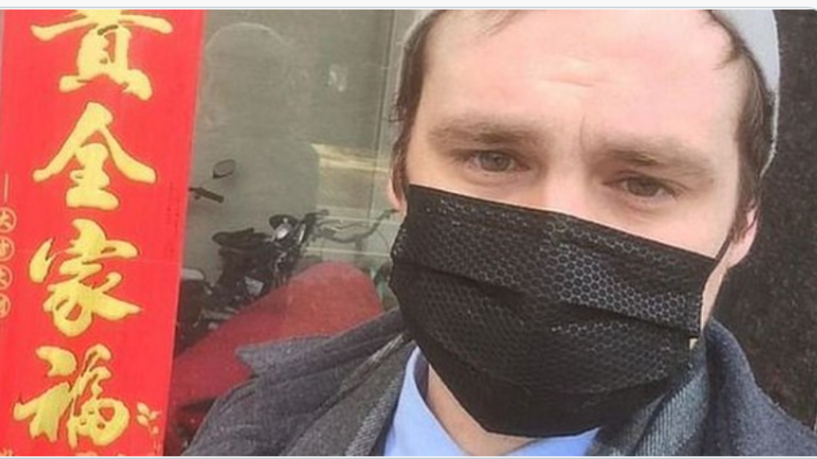 Shafaq News/ A man, thought to be the first Britain to catch coronavirus died of respiratory failure, an inquest heard.

According to Dailpost.com Connor Ellis Reed, 26, was found dead in his bedroom at his halls of residence in Bangor on October 24, 2020 by a fellow student.

An inquest opening in to his death held in Caernarfon heard how his friends became concerned having not seen Reed for a period of time.

After some time, friends of his entered his bedroom and found Reed lying on the floor between his bed and his desk.

Acting senior coroner for North-West Wales Katie Sutherland said during the inquest opening that following a post-mortem the provisional cause of death was given as respiratory failure due to bronchopneumonia caused by combined drug toxicity.

The inquest has now been adjourned until the full investigation in to Reed's death has been concluded.

Reed first came to prominence in February 2020 after he was said to be the first Brit to catch coronavirus in November 2019.

He had been working at a school in Wuhan and seemingly made a full recovery.

After leaving China he spent time in Australia, where his mum and dad Rod and Hayley Reed together with his siblings Morgan and Oliver now live.

He then moved back to North Wales to study Chinese and linguistics at Bangor University. This calculator estimates where you are in the queue to receive a Covid vaccine. It is based on the proportion of people vaccinated since December 8 against the nine-point priority list released by the UK government.

His family, who now live in Australia, was unable to travel over to the UK for his funeral due to Covid-19 restrictions and had to watch the live feed from his funeral at Colwyn Bay Crematorium.

Following his death his heartbroken family described Reed as an "adventurous" and "happy" young man.

So far, COVID-19 is affecting more than 215 countries and territories around the world.