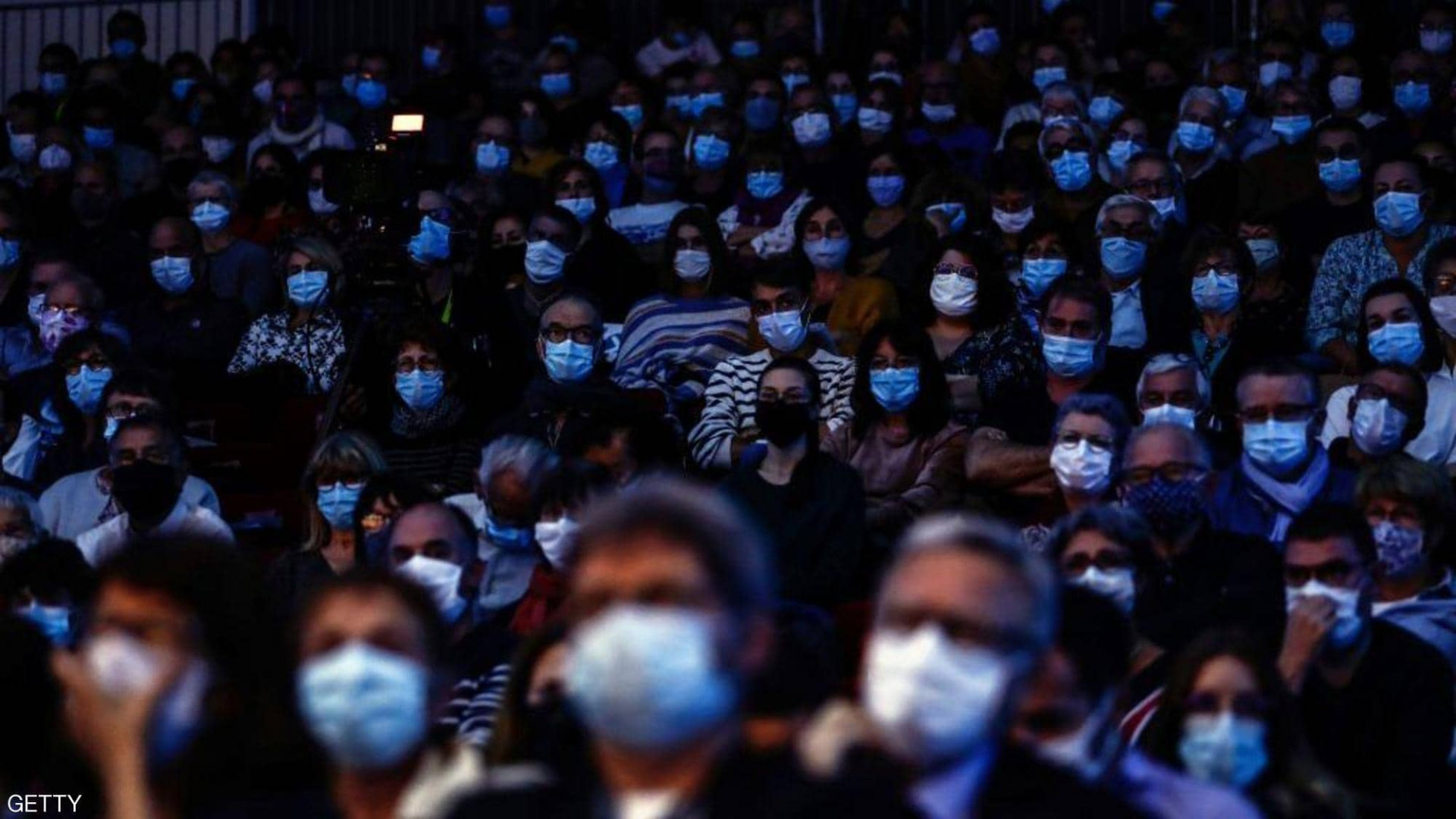 Authorities have attacked, detained, prosecuted, and in some cases killed critics, broken up peaceful protests, closed media outlets, and enacted vague laws criminalizing speech that they claim threatens public health. The victims include journalists, activists, healthcare workers, political opposition groups, and others who have criticized government responses to the coronavirus.

“Governments should counter Covid-19 by encouraging people to mask up, not shut up,” said Gerry Simpson, associate crisis and conflict director at Human Rights Watch. “Beating, detaining, prosecuting, and censoring peaceful critics violates many fundamental rights, including free speech, while doing nothing to stop the pandemic.”

Governments and other state authorities should immediately end excessive restrictions on free speech in the name of preventing the spread of Covid-19 and hold to account those responsible for serious human rights violations and abuses, Human Rights Watch said.

Human Rights Watch reviewed national government responses around the world to the Covid-19 pandemic and found that unlawful interference with free speech has been one of the most common forms of overreach. In some countries, violations were limited. In others, such as China, Cuba, Egypt, India, Russia, Turkey, Venezuela, and Vietnam, government violations affected hundreds or thousands of people.

In some countries, including Bangladesh, China, and Egypt, people remain in detention at the time of writing simply for criticizing government responses to Covid-19 months earlier.

Military or police forces in at least 18 countries physically assaulted journalists, bloggers, and protesters, including some who criticized government responses to Covid-19 such as insufficient healthcare funding, lockdowns, and a lack of masks and gloves for medical workers. Abuses include firing live ammunition at peaceful protesters, beating them at checkpoints, and assaulting them in detention, with apparent impunity. In most cases, these forces said they were enforcing Covid-19-related regulations. In Uganda, security forces also killed dozens of protesters.

Authorities in at least 10 countries have arbitrarily banned or broken up protests against government responses to Covid-19, in some cases citing social distancing concerns, or have used Covid-19 as a justification to disperse protests and other gatherings critical of government policies unrelated to the coronavirus. In all cases, the authorities intervened despite permitting other large gatherings.

Since January 2020, governments in at least 24 countries have enacted vague laws and measures that criminalize spreading alleged misinformation or other coverage of Covid-19, or of other public health crises, which the authorities claim threaten the public’s well-being. Governments can easily use imprecise laws as tools of repression. At least five countries have also criminalized the publication of alleged misinformation on a range of other topics, including public health.

Authorities in at least 51 countries have used laws and regulations adopted to prevent the spread of Covid-19, as well as counterterrorism and other measures pre-dating the pandemic, to arbitrarily arrest, detain, and prosecute critics of government responses to the coronavirus, or of policies unrelated to the pandemic, resulting in fines and imprisonment. Those targeted include journalists, bloggers and others posting online, opposition figures and activists, protesters, academics, healthcare workers, students, lawyers, cartoonists, and artists.

At least eight countries have also suspended or restricted the right to request and receive information from the authorities, including on public health matters.

At least 12 countries have blocked specific Covid-19-related media reports or shut down media outlets for their reporting on the pandemic.

Only 44 of the 83 countries that Human Rights Watch found to have breached freedom of expression or assembly rights have declared a state of emergency. However, none registered derogations relating to freedom of speech and only eight registered derogations relating to freedom of assembly. Failing to register derogations makes it easier for governments to evade international oversight that could curb the abuse of extraordinary powers. Countries that are parties to the ICCPR and that declare states of emergencies without registering derogations nonetheless remain bound by international law governing them.

Governments also have an international obligation to provide the public with access to accurate information on health threats, including methods of preventing and controlling them. Disproportionate curbs on free speech can make it harder to counter misinformation about Covid-19, including conspiracy theories about false and dangerous treatments that have flourished on social media and offline.

At least 51 governments have used Covid-19-related public health measures or laws pre-dating the pandemic to arbitrarily arrest, detain, or prosecute thousands of people expressing their opposition to the authorities’ responses to the pandemic or other government policies unrelated to Covid-19. As of early February, people in at least three countries who criticized the response to Covid-19 were behind bars, either in pretrial detention or in prison after being convicted, including in Bangladesh, China, and Egypt.

At least 41 countries have targeted journalists, bloggers, and others posting online.

At least 13 countries have targeted opposition figures and activists.

At least 14 countries have targeted protesters using Covid-19 policies as pretext. Following bans and shutdowns on protests in April, the Russian authorities used Covid-19 social distancing measures as pretext to deny permission for a protest in July over a constitutional referendum, despite lifting almost all other restrictions on public gatherings including in cinemas and sports venues. They then arrested at least 132 protesters who demonstrated anyway.

Academics, artists, lawyers, and students have been targeted in at least seven countries.

At least 52 governments have prevented Covid-19-related reporting by enacting laws and regulations criminalizing forms of media coverage that they deem undesirable. They have also warned government critics to refrain from contradicting the authorities’ response, blocked specific reports, and shut down media outlets.

Since the start of the pandemic, at least 24 governments have introduced new laws and regulations banning journalists and others from contradicting the authorities’ official position on measures to counter Covid-19, or reporting what the authorities deem to be misinformation or information that causes panic or induces fear or mistrust relating to Covid-19 or public health generally.

In addition to imposing laws and regulations censoring the media, officials in at least 33 countries have threatened journalists, bloggers, and lawyers, including with prosecution, for criticizing, contradicting, or undermining the authorities’ response to Covid-19. Seven of these countries and Thailand have also threatened or fired medical workers for that reason.

At least 12 countries have blocked, suspended, or shut down newspapers, social media accounts, and television stations over their reporting on the pandemic. They include Myanmar, which has used pre-Covid-19 laws to block websites for spreading “fake news” in an “emergency situation.” Under the country’s March state of emergency, the Honduran president revoked the Constitution’s guarantee of freedom of expression for a week.

Authorities in at least 10 countries have banned or broken up protests against their Covid-19 response, or have used Covid-19-related regulations to end protests and gatherings involving opposition groups or other critics of government policies unrelated to Covid-19. In all these cases, the authorities intervened despite allowing other large gatherings to take place.

Human Rights Watch listed some recommendations in this context, “Governments should ensure that all Covid-19 responses comport with international and domestic law. Measures that curb fundamental rights including free speech and assembly should be strictly necessary and proportionate as well as temporary, with sunset clauses, and subject to independent review. Governments that impose restrictions on free speech and association rights under de facto or declared states of emergency should register rights derogations with relevant treaty bodies to enable independent oversight.”