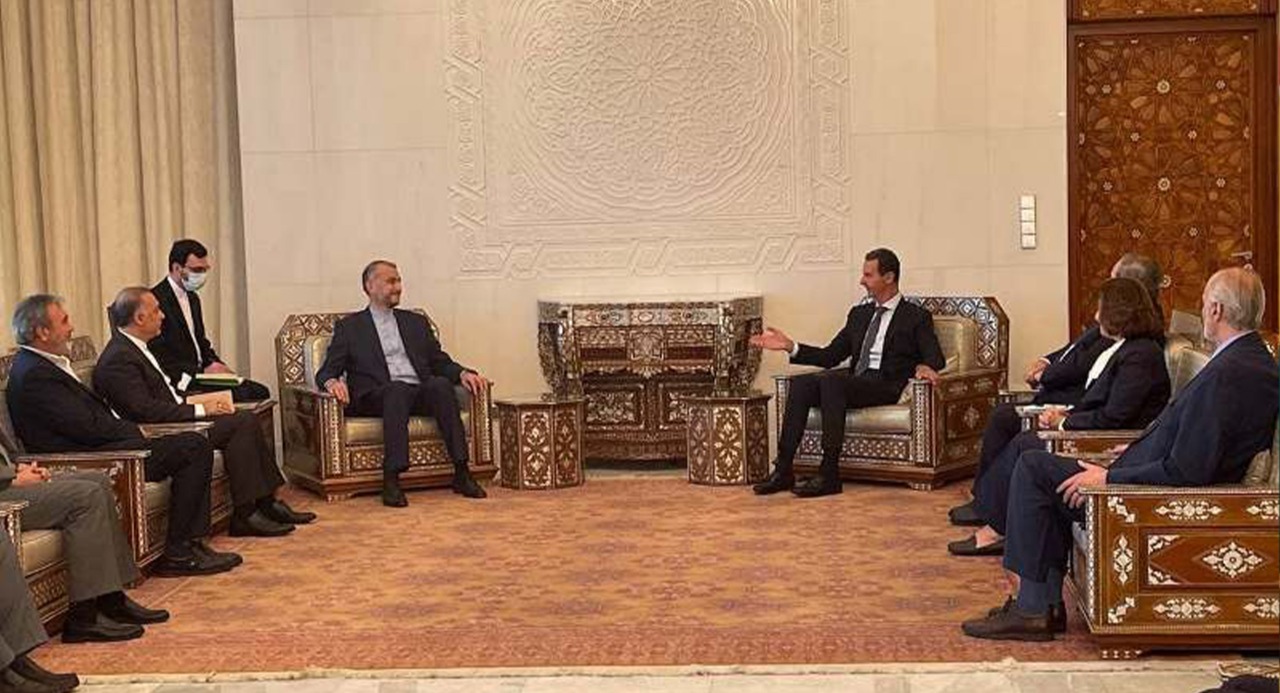 This came during a meeting between the Iranian Foreign Minister, who began a visit to Damascus on Sunday morning, with Syrian President Bashar al-Assad.

Earlier today, Abdollahian held talks with his Syrian counterpart, during which he stressed that the presence of foreign forces will not serve sustainable stability and security in the region, noting that consultations and cooperation between regional and Islamic countries play an important role in this regard.

"Tehran and Damascus are continuing efforts to develop a road map for enhancing economic and trade cooperation, and addressing the unjust embargo imposed by the enemies."

Abdollahian concluded, "The security and political arrangements in the region are subject to the participation and presence of all regional countries, including Syria."

Syria Kurds return 25 Yazidis freed from IS to Iraq

32 military operation within a week, The Global Coalition stated