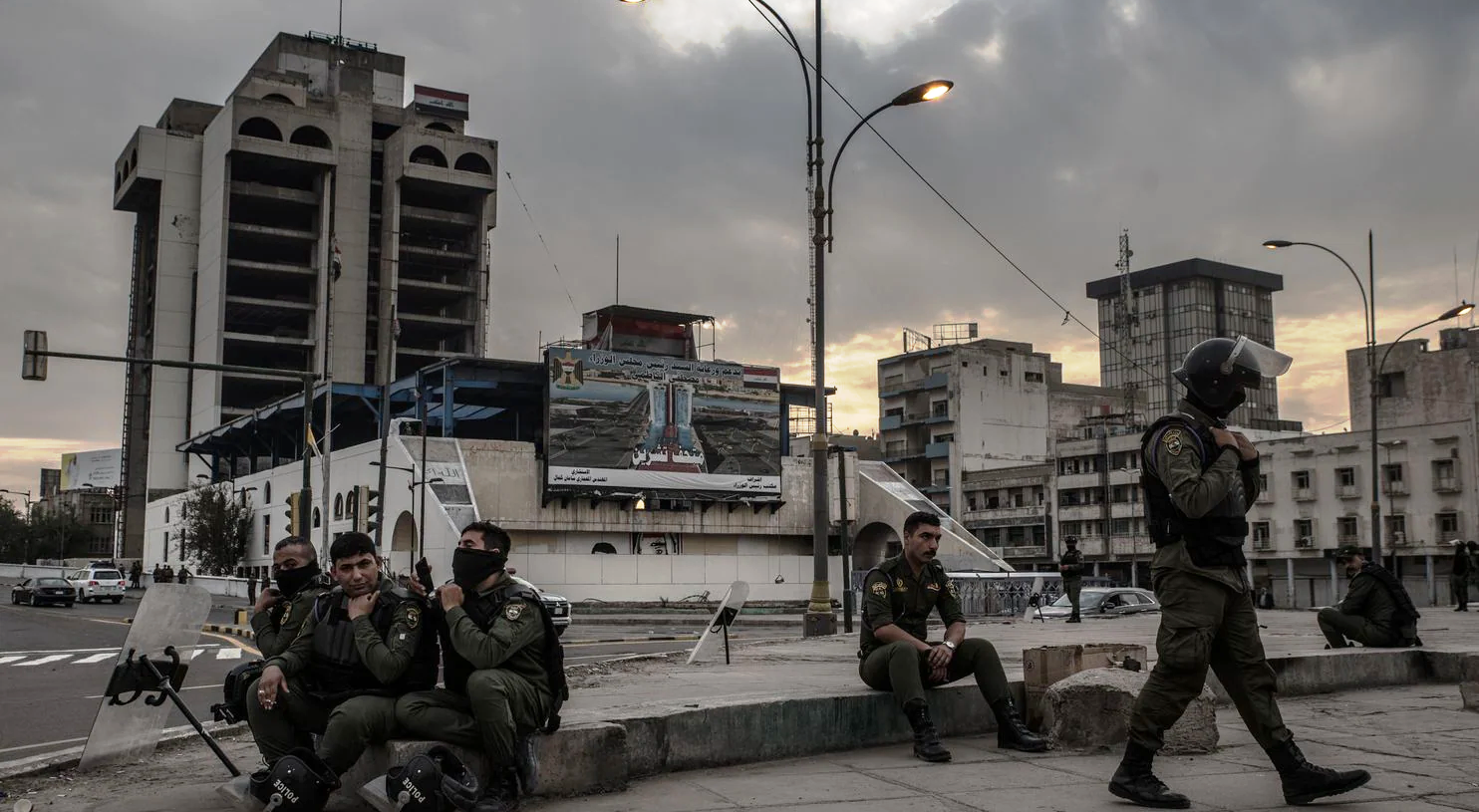 Shafaq News/ Washington post published today, Tuesday, a panorama of the October demonstrations that erupted in Iraq demanding a better future for young Iraqis. "Roar of hope. Silence of despair" resonates between today and a year earlier when the popular movement was in full momentum.

Louisa Loveluck and Emilienne Maldatto wrote to the Washington Post:

"It’s been more than a year since Iraqi protesters brought down their prime minister as part of the largest uprising in generations. Born in the shadow of the 2003 U.S.-led invasion, the young demonstrators who protested from Baghdad to Iraq’s southern cities had called for an end to the political system that the U.S. occupation installed. They wanted an end to corruption and sectarian politics that have left them with little hope of a future in their own country, they said. Their slogan was: “We want a homeland.”

That dream was quashed with deadly force. More than 600 protesters were killed by Iraq’s security forces and militia groups. Thousands more were injured and still live with the scars. In May 2020, a new prime minister, Mustafa al-Kadhimi, came to power vowing justice for the dead. But not a single member of Iraq’s security forces has been prosecuted, and most of the hardships that inspired Iraq’s protest movement have been worsened by an economic crisis that accompanied the country’s coronavirus epidemic.

Dozens of protesters have been shot dead by security forces over the past year. Activists have been disappeared by Iran-backed militia groups they dare to challenge, according to human rights monitors. Fearing for their lives, other young demonstrators have fled to Iraq’s semiautonomous Kurdish region, or abroad and to exile.

As spring temperatures start to climb, Iraqi officials worry in private that the country’s power grid will be unable to meet public demands during the sweltering summer months, bringing more protesters out to the streets. That could set the stage for another deadly confrontation.

I glanced through the window as we drove by Tahrir Square. It felt terribly empty. The tents were gone. The tables with sweets, fruits and tea, also gone. And, above all, the joyful, naive effervescence — this belief that a “revolution” was happening for a “better Iraq” — that’s gone, too.

Replacing all of that was a sea of uniforms, olive green and dark blue, sometimes black. Young men standing on guard, in what felt like a show of force. The message was clear: We’re here, we’re holding the place, and protesters aren’t coming back.

It was just a little over a year ago when I had last visited Tahrir Square. At that time, protests against the government and clashes with the police were a daily occurrence, with the square occupied by demonstrators calling for a change in governing policies. In another part of the city, at a pedestrian bridge near Muhammad Qassem highway, I had photographed a procession for a fallen protester as well as an intense confrontation between youth and police, the sky dark with the smoke of burning barricades.

A year later, all I had seen has disappeared. It’s as if nothing ever happened there. The sky was gray, but from a sandstorm. The barricades and tents were replaced with plastic chairs on which soldiers rested their weapons. The place felt sad, like a missed opportunity, like the dream was over.

I could also see this transformation in the faces of the soldiers and policemen guarding these forgotten places of protest. A year ago, I had photographed the exhausted men and boys that led that revolution, their eyes reddened by tear gas, black stains covering their hands and faces as heavy smoke rose from burning tires. All of them said they had a reason to fight, a cause they believed in. A year later, the faces on Tahrir Square looked different. They were still young but, with their uniforms and their shields, they represented the end of a movement, of hope."

DW: In Iraq, sectarian prejudice goes beyond the grave

Doubts and accusations.. The Election law sows discord in Iraq

Conservative groups seek to shut down concerts in Iraq