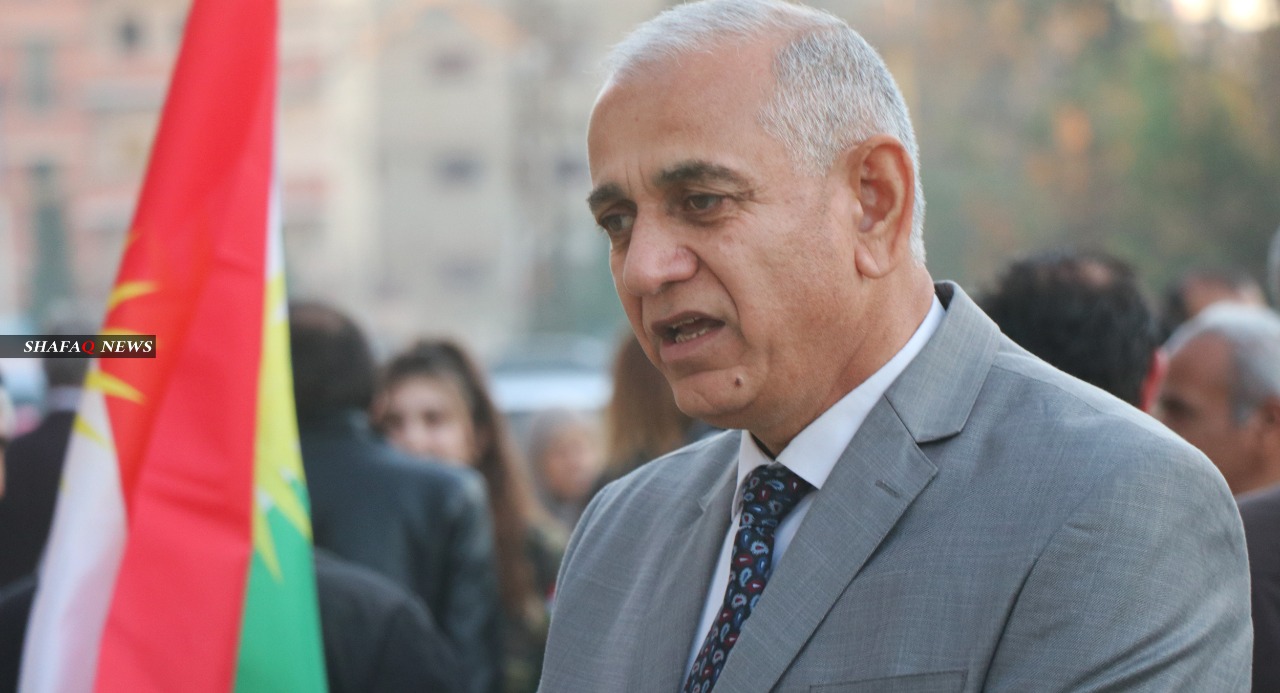 Shafaq News/ The anti-regime Kurdish National Council confirmed that the Kurdish-Kurdish negotiations -sponsored by the United States, have made significant progress despite deep-rooted differences between the two sides on key issues, denying that they have reached an impasse.

This assertion came after the Democratic Union Party's (PYD) prominent leader, Fawza Yusuf, stated a few days ago that the Kurdish National Council is responsible for "obstructing" the negotiations between the two parties. According to Yusuf, the negotiations have reached "deadlock" due to the Kurdish Council's imposition of "incapacitating" conditions.

"The Council does not believe that the negotiations have reached an impasse. We have reached an advanced stage, and there are requirements that PUD has to implement", Suleiman Oso, Kurdish National Council's presidium's member, told Shafaq News agency.

"We are committed to what we have achieved in the past phase, particularly the common political vision and other issues that we have completed, and they should speed up the implementation of the requirements instead of making accusations," Oso added.

During the earlier stages of the negotiations, the two parties reached an agreement on the "political file" and set a "political reference" to establish a joint administration in the region.

"We have not yet met with the new U.S. ambassador to north-eastern Syria.. and based on our meeting with the U.S. side in Istanbul, they are committed to sponsoring the Kurdish negotiations to reach a comprehensive and final agreement between us, in the interest of the Syrian opposition's unity and the political solution in Syria in general", Oso stated.

U.S. Special Envoy to Syria Joel Rayburn said during a virtual press conference from Istanbul, "Dialogue between different Kurdish parties will contribute to improving the situation on the ground. The components of north-eastern Syria must have a voice in the political process".

"The negotiations began based on the Dohuk Agreement terms; signed between us in 2014 -under the auspices of Kurdish leader Masoud Barzani, on the principle of true partnership in all areas (military, security, political, and economic), and not on the principle of accession and acceptance of what the Democratic Union approves", Oso said.

On the Kurdish Council's position on self-administration in north-eastern Syria, Oso explained, "The current administration represents only a part of the components (Kurdish, Arab, Syriac, etc.), So after the Kurdish-Kurdish agreement, the remaining parties -Kurds and Arabs- must participate in expressing the will of all the region's components."

"In the recent demonstrations in the region, PYD raised flags, pictures, and symptoms PKK. This is a negative message that does not serve the course of negotiations," Oso added.

*Divergence on The Turkish Role

The PYD leader, Fawza Yusuf, described a recent visit of the Kurdish Council's members to Turkey as "not serving the course of negotiations and increasing the differences between the Kurdish parties."

"Our visit came as part of the Front's delegation for Peace and Freedom. We held meetings with the Turkish Foreign Ministry, the U.S. and French Embassies, as well as the Syrian opposition coalition," said the Yekiti Party of Kurdistan's (PYKS) Secretary, Suleiman Oso, "The visit was part of the Front's meetings program with all the countries and parties involved in the Syrian crisis. We have already met with the Russian Foreign Minister, Sergey Lavrov, in Moscow."

On 28-07-2020 in Qamishli, a group of Kurdish, Arab, and Assyrian parties announced the "Front for Peace and Freedom" as a political framework that supports the political solution in Syria by Security Council Resolution number 2254 and the first Declaration of Geneva.

The Front includes the Kurdish National Council in Syria, the Assyrian Democratic Organization (ADO), Syria's Tomorrow Movement, and the Arab Council in Al-Jazeera and Al-Fura; all of which are parties opposing the current Syrian regime.

"The Kurdish National Council supports the rights of the Kurds in Kurdistan-Turkey. It also supports the need to resolve it by peaceful and democratic means. Those principles do not contradict the Council and the Front's position because Turkey is an important regional country that affects the Syrian crisis, with which we must have a good relationship," Oso continued.

Oso rejected the accusations made by the leaders of the Democratic Union with every meeting they have with the Turkish government, "there have been previous and repeated statements by the leader of the SDF, Mazloum Abdi, and the joint president of the Syrian Democratic Council of Syria (SDC), Ilham Ahmed, about their desire to build relations and open channels of communication with Turkey. Why do they accept it for themselves to establish relationships, and yet criminalize it when it comes to the Kurdish National Council?".

Fawza Yusuf described the visit of the Kurdish Council's representatives to Afrin, which is controlled by pro-Turkish opposition factions, "a visit to the Kurdish people's killers in Afrin and Ras al-Ayn."

In response, Oso explained that the Representative of the Kurdish Council, Abdullah Kado's visit as part of a coalition's delegation to areas under the control of armed factions, "This visit does not mean that we agree with the violations by some armed factions controlling the Kurdish areas. We are part of the coalition, and we must invest our presence within it to serve our people in these areas".

"We have called on to stop these violations. We are working to support the rest of our people in these areas to cling to their land and not bow to attempts to push them to emigrate and accept the plans of demographic change. We are meeting with the regime's delegation within the Constitutional Committee as well, but that does not mean we agree with the regime's crimes", Oso added.

"The Kurdish National Council will not hesitate to take any step to serve our people. These are our considerations when we meet with the PYD side that ordered the killing of Aras Banco and his companions. We urge the families of martyrs to accept reconciliation because it serves the interests of the Kurdish people. In the area of settlement and transitional justice issues, we call for the formation of human rights committees and fair courts in Syria to punish all those who committed crimes against civilians per human rights laws", said the member of the Kurdish negotiating delegation.

"We believe that these statements are negative and do not serve the progress of the negotiating process. The leadership of the SDF -represented by Mazloum Abdi, have to put an end to these statements", the senior Kurdish council leader, Suleiman Oso, told Shafaq News agency.

Observers believe that the Kurdish-Kurdish negotiation process is sensitive and rugged as the parties discuss several deep-rooted contentious issues.

• Amendment of the social contract; for it is considered as the constitution of self-administration.

• Reaching an understanding upon the military file, which includes abolishing conscription and the Rouge Peshmerga forces' return to Syria.

•The elimination of self-administered education curricula; or finding a practical solution to ensures that students receive recognized certificates and introduces the Kurdish language teaching into the curriculum without affecting the students' future and education level.

•Disclosure of the fate of detainees and abductees by the self-administering forces.

The Kurdish National Council considers that preventing the PKK's interference with the region's administration and prohibiting the public appearances related to this party are substanial to its security and avoid the conversion of the entire Kurdish region in Syria into a war zone between the PKK and Turkey.. citing what happened in Afrin, Ras al-Ayn, and Tell Abiad -areas overrun by Turkey and factions loyal to it.

On the other hand, the Democratic Union accuses the Kurdish Council of being dependent on Turkey as the Council is a member of the Syrian opposition coalition; The political umbrella of the Syrian armed factions controlling large Kurdish areas in Syria, most importantly Afrin and Ras al-Ayn. According to reports of international humanitarian organizations, those armed factions are accused of committing widespread violations against the residents of the region.