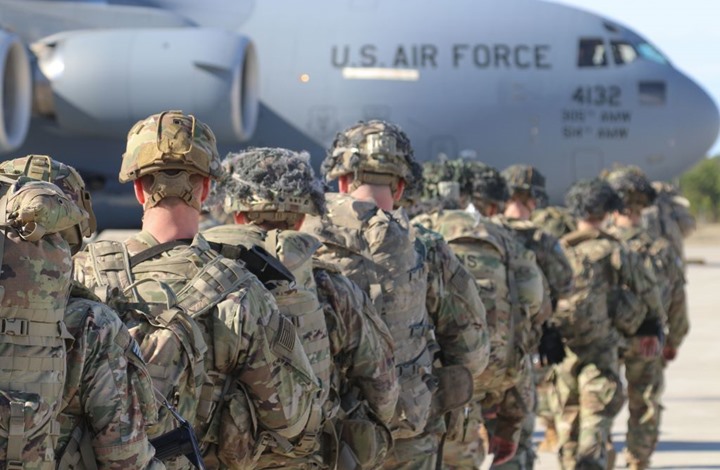 Shafaq News / Iraq is kicking American combat troops out of Iraq, at Iran's behest, just as the U.S. leaves Afghanistan. We are now 1-3-1 in major conflicts since 1945. Our enemies' successful strategy appears to be to attack us from third-country sanctuaries and bleed our troops until domestic support for the war collapses.

In Korea, Harry Truman would not attack communist sanctuaries in China. Truman's decision was reasonable; he did not want to risk World War III and believed a Soviet invasion of western Europe was the bigger threat. His decision had serious consequences, however. China nearly threw U.S. forces off the Korean Peninsula. A stalemate developed, as China sent a practically inexhaustible supply of "volunteers" south. Domestic support for the war - and for Truman - collapsed. He did not seek reelection in 1952.

In Vietnam, Lyndon Johnson conducted only limited airstrikes on North Vietnam, and allowed communist sanctuaries in Cambodia. Johnson's decision was reasonable; he did not want to risk a "second Korea" nor distract from his domestic agenda. This decision also had consequences. The North Vietnamese Army and Viet Cong sent a practically inexhaustible supply of troops south on the Ho Chi Minh Trail through Cambodia and Laos. An insurgency developed, punctuated by conventional attacks such as the Tet Offensive. Domestic support for the war - and for Johnson - collapsed. He did not seek reelection in 1968.

One exception proves the rule. In the Gulf War, George H.W. Bush used overwhelming force and attacked into Iraq to liberate Kuwait. He achieved his limited goal in just six weeks, while maintaining popular support. Bush lost reelection in 1992 despite - not because of - the war.

In Afghanistan, George W. Bush did not pursue al Qaeda and Taliban leaders into Pakistan.  Bush's decision was reasonable; Pakistan is a nuclear power and ostensible U.S. ally. The consequences: Al Qaeda established a redoubt around the Northwest Frontier Provinces and continued to plot terror, and the Quetta Shura Taliban sent a practically inexhaustible supply of Pashtun fighters north.

An insurgency developed, aided by Pakistan. The U.S. only conducted drone strikes against al Qaeda targets within a geographically limited "Predator box," and launched only two special operations across the border, while leaving the Afghan Taliban leadership undisturbed in Quetta. Gradually, domestic support for the war collapsed. By 2016, Donald Trump campaigned on ending "forever wars." President Biden will pull out U.S. forces in August. The allied government will soon fall, with human rights atrocities to follow.

In Iraq, Bush allowed two enemy sanctuaries. Sunni foreign fighters flowed in through Syria, while sophisticated munitions for Shia militias, such as explosively formed penetrators, flowed in through Iran. Again, Bush's decision was reasonable, as world politics might not have borne a regional war.

This consequential decision led to two insurgencies. The U.S. had at least one special operation into Syria, and a border skirmish with Iranian forces, in 2007. But once again, domestic support for the war - and for Bush - collapsed; his party was "thumped," in his words, in the 2006 midterms. In 2008, Barack Obama campaigned on ending the Iraq War. As president, he withdrew forces in 2011, only to send them back to fight ISIS in 2014.

Former President Trump began to withdraw forces from Syria in 2018. At the host nation's insistence, Biden is withdrawing troops from Iraq. Iran's ayatollahs now control a 1,900-mile swath running from Beirut to Herat.

Other factors played roles in these defeats: Our allies never developed clean, competent, popular governments in Saigon, Kabul or Baghdad. And we underestimated the fervor of Maoism, Vietnamese nationalism, Afghan tribalism and Iraqi sectarianism. But the enemy template is clear: Attack U.S. forces from a sanctuary and wait for domestic opinion to turn.

Biden may face challenges similar to his predecessors. What if Russia uses gray zone techniques, such as cyberattacks and special forces in civilian clothes ("Little Green Men") staged from Belarus, against the Baltic States, or long-range air defense and artillery fires from Russia's salient in Kaliningrad? Will we defend forward? What if China seeks to force our tacit ally Taiwan's submission to unification, using airstrikes and missiles launched from the Chinese mainland? Will we bomb targets on China's coast?

When Eisenhower threatened nuclear war to force an armistice in 1953, China and North Korea lacked the atomic bomb, and the Soviets likely lacked the ability to drop one on the U.S. The world is different now, and no easy answers present themselves.

Breaching our NATO commitment to mutual self-defense in Europe, or failing to defend Taiwan against China, would end the American Century with a whimper. Totalitarians in Beijing would assume the mantle of world leadership. Chinese leader Xi Jinping would begin to shape our children's futures, limiting their economic prospects - and given Han Chinese hypersensitivity to criticism and the globalization of communications, entertainment and media, likely their free expression as well.

Yet, American voters have grown more sensitive to casualties over the past 80 years. This, despite our population growth from 133 million to 333 million, the end of conscription, and an ever-smaller volunteer force. In World War II we suffered 405,399 dead in four years; Korea, 36,515 in three years; Vietnam, 58,209 mostly within seven years; and Afghanistan and Iraq together, 7,056 in 20 years. It hasn't gotten any harder, or easier, to lose a loved one.

Casualties in a great-power conflict might dwarf those since 9/11. If a conflict over Taiwan devolved into a fleet engagement between the U.S. and China, losses could be particularly severe. For example, the Royal Navy had 6,092 sailors killed in under two days in World War I's Battle of Jutland. Would America in 2021 bear such losses?

President Biden should ask himself whether he is willing, if necessary, to hold at risk targets adjacent to the countries we are committed to defend. Otherwise, he risks the political fate of Harry Truman, Lyndon Johnson and George W. Bush.

HF: What the Firebrand Cleric’s Growing Strength Means for American Policy in Iraq?

Anticipation and fears of a massive revolution after the dollar's shock

Report: Iraq Is Nearing the Brink of a Shiite Civil War