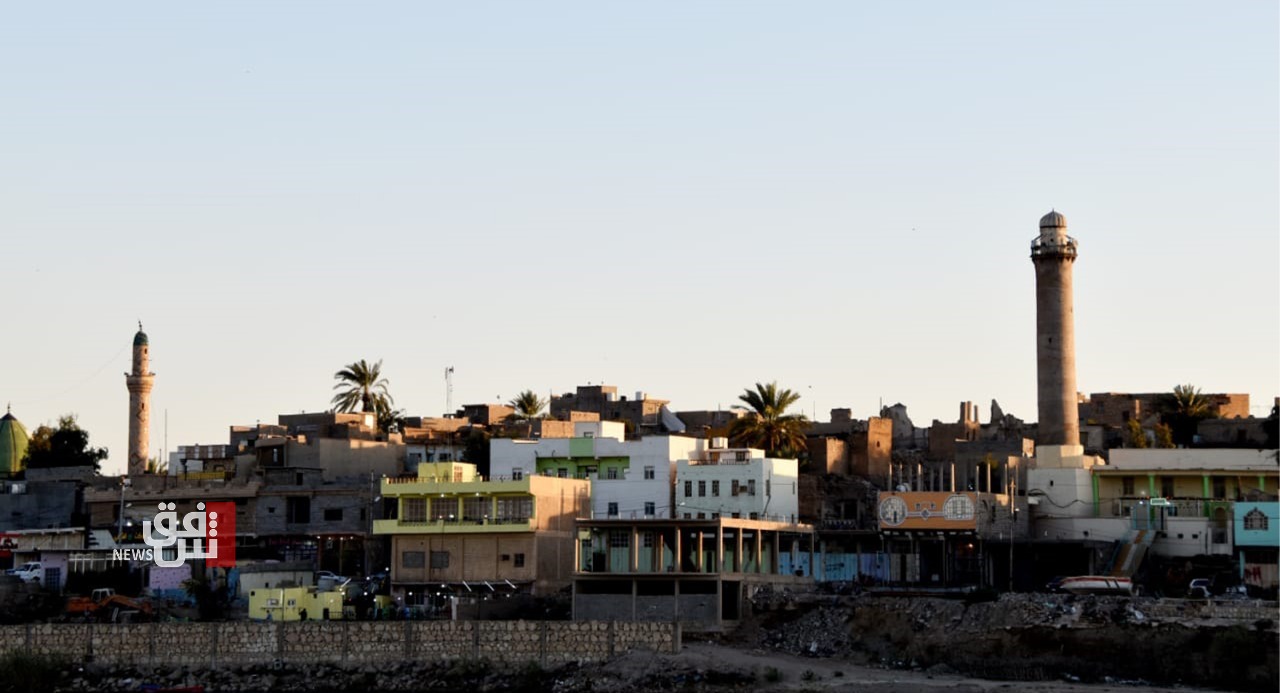 Shafaq News / Al-Faruq Minaret in the far west of Iraq is a pre-Islamic creation and is one of Iraq's most important monuments. It was previously used for military purposes, such as monitoring enemy armies attacking the city. Despite being ancient and neglected by the concerned authorities, this historical landmark continues to hold out.

Al-Faruq Minaret is located in the archaeological district of Hit, west of Al-Anbar, and was named after Caliph Omar Bin Al-Khattab, who rebuilt and rehabilitated it.

"The minaret was also used to light the road for convoys from the desert, as well as ships crossing the river at the time", Hit District Antiquities Superintendent, Nabil Moussa told Shafaq News agency.

He continued, "The minaret was greatly affected because of the neglect of successive governments, the lack of maintenance work, the construction of many streets nearby, and the opening of Cornish Hit Street".

"The minaret is 100 meters high and can be seen from anywhere inside Hit. Its diameter is three meters, and it looks like a cylinder", Moussa added.

"There are three Al-Minaret Minarets in Al-Anbar, the first in the village of Jabba in Al-Baghdadi district, the second is the Al-Faruq Mosque in Haditha district, and the latter is the Al-Faruq minaret in Hit, all of which archaeological and heritage sites", said Mohammed Jassim, director of al-Anbar antiquities.

Jassim pointed out that there was a problem hindering the maintenance of Al-Faruq Minaret in Hit, "The minaret belongs to the Sunni Endowment, and maintenance work was proposed on the endowment, under the supervision of the General Authority for Antiquities and Heritage, but the endowment responded that maintaining the minaret needed huge amounts of money".

"Discussions with the Sunni Endowment regarding the maintenance of the minaret have been going on since 2011, but with little result. The General Authority for Antiquities and Heritage does not have any financial allocations for maintenance anywhere in Iraq", he added.

Historian Seifeddine Islam called on the Sunni Endowment to "contribute to the maintenance of archaeological sites instead of wasting money by building a mosque at the cost of more than 80 billion Iraqi dinars in Al-Fallujah, which contains more than 150 mosques".

"Hit district is famous for its heritage, whether Al-Faruq Minaret, Al-Nawa'eer, or Hit Castle, all of these landmarks are neglected and have not been maintained for many years", Islam told Shafaq News agency.

"The majority of slogans in state institutions carry this minaret, but being a slogan without maintenance and attention is just desperate", he added.

For his part, Hassan Nadhim, Minister of Culture, Tourism, and Antiquities, commented, "All archaeological sites are subject to plans within the Ministry of Culture and the Antiquities and Heritage Authority for maintenance and rehabilitation".

He also added, "What hinders the start of maintenance work is the association with international organizations that sponsor heritage properties and antiquities".

"The ministry has urgent plans regarding Taq Kasra. There is controversy about some archaeological sites in Iraq. Still, they have not been initiated yet because there are neither financial allocations nor agreements with international organizations in this regard so far", Nadhim concluded.

Foreign Policy: America’s Iraqi Embassy Is a Monstrosity out of Time