"Mission Impossible": Al-Maliki as PM for a third term 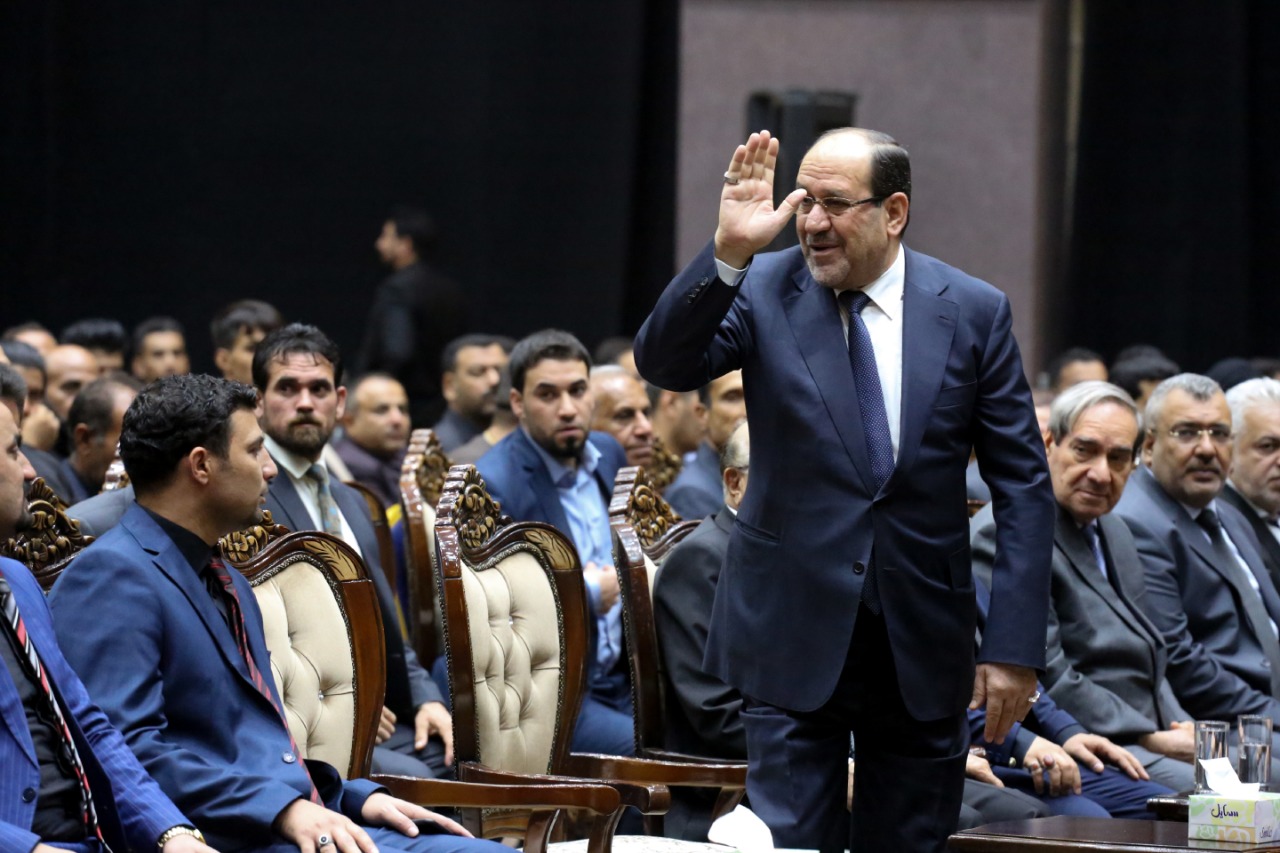 Shafaq News / Any independent observer can envy the leaders of the "State of Law" coalition for their excessive confidence in expressing that Nouri al-Maliki is qualified and worthy of the presidency of the Iraqi government, as well as their ability to express the certainty that the coalition can achieve a comfortable victory in the October 10th elections.

The results of the 2018 elections do not seem to encourage such over-optimism, with the "state of law" winning 26 seats, comfortably preceded by the Sadrist-led movement Towards Reform (54 seats), the al-Fatah Alliance led by Hadi al-Amiri (47 seats), and Haider al-Abadi's Victory Coalition (42 seats).

Many also believe that the difficult situation that led to al-Maliki's exclusion from the presidency of a third government in 2014 continues to haunt his legacy in politics and may prevent him from being used to enact the post of Iraq's highest executive. In addition, two key issues are calculated by his opponents against him: the fall of one-third of Iraq's territory to ISIS overnight, and secondly, the widespread corruption that has placed Iraq third in the world.

However, some of the leaders of the "state of law" consider that al-Maliki has made more achievements for Iraq than others after him and is, therefore, the most entitled to return to office. This wish appears to have several conditions, including the position of the Supreme Shiite authority, gaining the support of major parliamentary blocs, and acknowledging the course of the Iranian support, especially after the recent visit of the current Prime Minister Mustafa al-Kadhimi to Tehran and his meeting with the new Iranian President Ebrahim Raisi.

However, al-Maliki's supporters began early in the propaganda campaigns in support of him according to promotional ideas, including that he is strong and able to contain tensions with armed factions, among some political forces, and provide basic services to citizens, which have deteriorated in the years when he came out of power.

But al-Maliki and his supporters are also betting on their ability to attract new voters if they are to lead a government after the October elections, by soliciting the votes of the largest group reluctant to cast their votes, which were large in the 2018 elections, where the turnout was only about 44% as officially announced. They are also betting on withdrawing votes from the shares of other blocs such as "al-Fatah", which mainly represents the Al-Hashd Al-Shaabi (Popular Mobilization Forces-P.M.F.). This bet could run counter to what pro-Iranian forces are looking for.

Nonetheless, observers say that the events in Iraq since the 2019 demonstrations, accusations that factions have confronted them violently, as well as tensions within al-Fatah forces, could help al-Maliki attract additional votes.

Al-Maliki won the highest votes in the 2014 elections, but objections from the supreme Shiite cleric Ali al-Sistani and some political forces forced al-Maliki to apologize as part of a political settlement that brought him to the post of vice president.

"Al-Maliki has done a lot for the country throughout his presidency of the government for two consecutive terms, and in various fields of health, economic, education, and reconstruction, and therefore as members of the State of Law coalition, we believe that he is more deserving of the prime ministership if his list succeeds in winning the votes that qualify him for it," said MP Mohammed al-Sayhud, who is close to al-Maliki.

"The results of the 2018 elections are not a criterion for measuring the weight of the parties in the Iraqi street, given that the majority of the disgruntled voters expressed a great reluctance to participate, which negatively affected the overall election results. According to the data of the current phase, our supporters know the need to expand the size of their participation in the electoral process to get more seats," al-Sayhud told Shafaq News agency.

"The upcoming elections will reveal the true size of the parties and blocs in the Iraqi street, considering that Iraqis who took the streets in 2019 to demand early elections, deem this option as the only chance to make the desired change and the results of each list or electoral alliance translates its weight among its audience," he said.

The "Thiqat al-Zaa'im" list, previously the State of Law coalition, is based on 72 candidates represented in the upcoming elections, spread across the country's governorates, except for the Kurdistan Region.

According to al-Sayhud, most of the candidates are qualified, technocrats, and come from nine political entities, including the Islamic Dawa Party, the Eradaa Movement, as well as some former deputies.

"The results of the elections will play a role in mapping future alliances to identify the leader of the next phase, and Nouri al-Maliki remains the only candidate for the Thiqat al-Zaa'im list," al-Sayhud clarified, adding, "We do not mind allying with any bloc or movement to form a government if we get advanced results."

He also considered, "The State of Law coalition will be the power-broker for the future alliances."

Al-Sayhud called on the al-Kadhimi government to provide a secured environment that would ensure the smoothness of the elections without affecting the freedom of will of the voter, adding that al-Kadhimi's government was "formed to organize early elections and therefore its work must be focused on that."

The State of Law Coalition, a political coalition headed by Nouri al-Maliki, defected from the Iraqi National Coalition, which brought together all Shiite forces because of differences with other movements, including al-Sadr's movement.

But figures who defected from the State of Law coalition stated that it has become difficult for al-Maliki to return to power again, and all data suggest that the latter's popularity in the Iraqi street has declined, as well as his intersection with major political parties.

"There is still an objection from the supreme religious authority to al-Maliki's person, as, during his era, the country has entered into internal and external conflicts, the heaviest of which is ISIS's control over one-third of Iraqi territory, which necessitated the intervention of the religious authority to declare the fatwa of jihad," informed sources said.

"If we rule out the Supreme Religious Authority's veto scenario against al-Maliki, there are other parties that refuse his return, most notably the Sadrist movement, which reluctantly agreed to extend his mandate during the 2014 elections," the sources added.

Al-Maliki launched a military campaign under the name "Battle of Basra" against the Sadrist Movement's Mahdi Army in 2008, the only battle led by Iraqi security services against Shiite militants. Since then, al-Maliki has been embroiled in a rivalry with the Sadrists.

MEE: Nouri al-Maliki is plotting his comeback in the upcoming elections