Despite billions spent by the state on electricity, Iraqis still have to pay two power bills 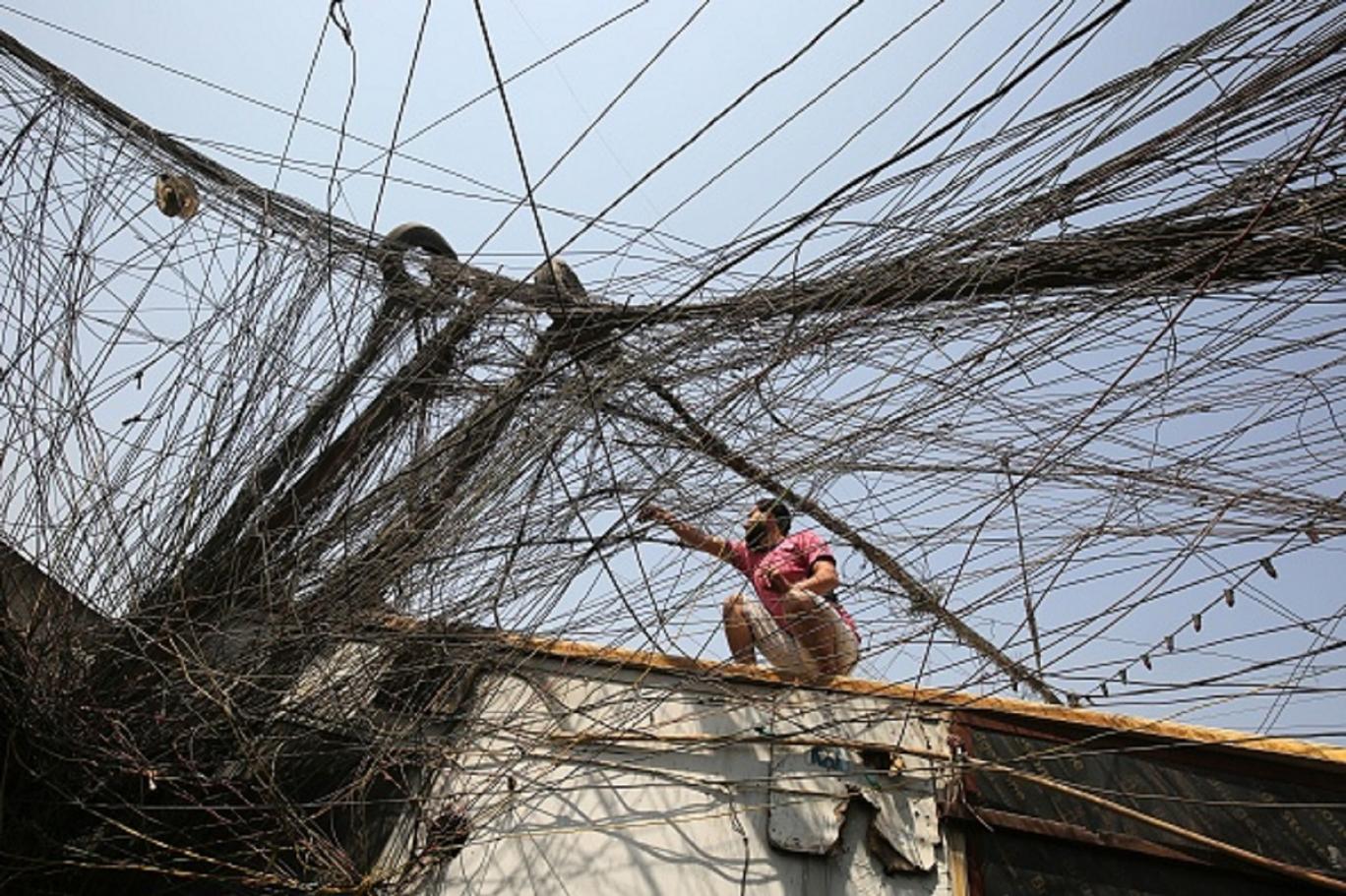 Shafaq News/ In spite of the multi-billion dollar budgets the Ministry of Electricity has spent over the years, the dilemma of power supply remained far from being solved or addressed. To compensate for the state's failure, Iraqi citizens became compelled to add another bill that further drains their already frail salaries to their growing expenditures.

The justification the Ministry provides for the near-total lack of electricity, "lack of gas from Iran", has become unacceptable to most specialists and citizens, given the huge funds the ministry has spent over the years while in reality the service is getting worse and worse.

"The Iranian gas supply has gone below five million cubic meters per day, down from 50 million, resulting in a deficit of energy," said Ahmed Moussa, spokesperson to the Iraqi Ministry of Electricity.

"The gas shortage will make it difficult to provide electricity in the capital Baghdad and other governorates," Moussa said, "several generating units in some stations have ceased to operate for maintenance."

Supplies have been repeatedly disrupted in the past year due to Iraq's inability to pay, and as a result, Tehran has reduced its gas exports to Baghdad due to the country's growing debt, estimated at more than $5 billion, as well as the country's energy crisis.

Hamza al-Jawahiri, an energy expert, told Shafaq News agency that there has been no reason for the lack of energy over the past years other than the corruption in the ministry, which has not been able to reform the system throughout this period.

In addition to the operational costs, Al-Jawahiri stated that the ministry had spent more than $60 billion. Every $1 billion of this amount is supposed to generate 1,000 MW, so there must be 60,000 MW, but only 20,000 MW exist according to the most optimistic estimates.

"The ministry does not grant projects to large companies to revitalize the system; instead, they give them to small ones so that they can bargain with them and take their share of the project, so all of the projects carried out by these companies are patchwork," he added.

"The ministry's justification for the lack of gas supplied from Iran is totally unacceptable,” economist Ahmed al-Hadi told Shafaq News agency, "the billions spent on the electricity sector annually are equivalent to the budget of some neighboring countries."

"The ministry does not have a strategy. It is not reasonable to install gas-run plants that do not have enough fuel to run them," al-Hadi continued, “Corruption has been the most important factor for the ministry's failure to provide electricity over the past years."

"The Ministry did not coordinate with the Ministry of Oil to fit the plants to be installed to the available type of fuel. This his prompted us to import the fuel and accumulated the debts of the Ministry of Electricity," he said.

"The ministry has failed in all sectors, whether in terms of production, distribution, or transportation," al-Hadi said, "the ministry's current linkages with neighboring countries are no less bad than importing gas from Iran."

Baghdad has been under pressure from Washington to wean itself off Iranian energy imports, which have been subject to US sanctions since 2018.

Since then, Washington has repeatedly extended a waiver to Baghdad for periods of between 45 to 120 days.

Iraq has taken some steps to develop its natural gas resources and electricity sector in recent years.

It is in talks with Gulf states and Jordan to import electricity, but these discussions have yet to result in permanent deals.

"This situation repeats every summer, but this time, the national electricity started disappearing in winter as well," al-Hasani added.

"All the electricity ministers who came over the past years have not provided or developed anything for the electrical system in general except theft. Some of those who fled abroad were prosecuted," he continued.

"Citizens have been the only victims of energy shortages in recent years because they have paid a lot of money to private generators, whose prices are constantly rising and never monitored. This is also one of the root causes of corruption in the country, "Amir Mohammed, a trader, stated.

"There are not many countries in the world that suffer from a lack of energy, which is essential for all economic sectors in the country," Mohammed said, accusing foreign and domestic parties of impeding the development of this vital sector.

The problem of insufficient electricity supplies in Iraq began in 1991, following Iraq's invasion of Kuwait, and it only worsened in subsequent years due to poor operation of the country's power plants and distribution networks.

Although alternative and more renewable energy sources, like solar energy, are seriously contemplated by the Iraqi government, they can barely cover the huge energy domestic requirements. This, piled up along with the political and economic complexities of the Iraqi situation, renders Iraq's power dilemma refractory in the foreseeable future and the officials in charge in the Iraqi state are fully aware of this.

Report: Toxin-spewing generators keep the lights on around Mideast

Canada’s mission in Iraq at a crossroads, The Canadian Press said