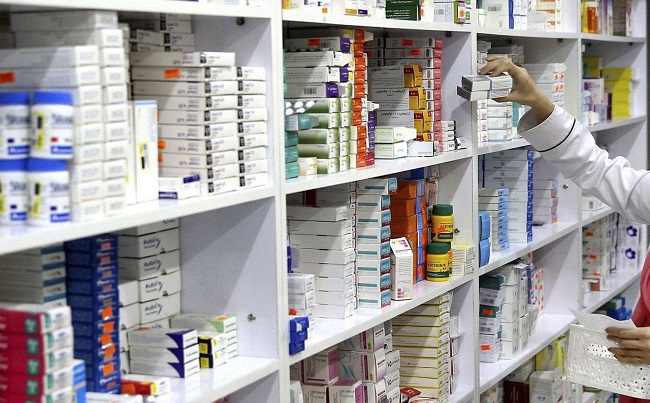 Shafaq News/ Infuriated by the hefty price tags of drugs in the pharmacies and the remarkable price gap amongst them, al-Anbar residents voiced calling regulatory committees to standardize and control prices to ease the burden on the patients and their families.

According to patients from al-Anbar, many doctors, in agreement with pharmacies, write the prescription in a coded way that only the pharmacist agreed with can decode. This forces the patients to buy the prescription from the pharmacy to which the doctor sends them exclusively, at any price.

Outside Al-Fallujah Teaching Hospital in eastern al-Anbar, where medical compounds and pharmacies are located, our reporters met with several citizens to hear their suffering and demands.

Ammar Mohammed described al-Anbar's doctors as "life brokers" who only care about making money without considering the patients' status or their ability to buy the prescribed drugs or not, "doctors must be angels of mercy, not life brokers who throw the patient outside their clinics if he does not have enough money."

Another patient commented, "I can no longer visit the doctor before receiving my pension. To book an appointment with a doctor, I have to pay 25,000 dinars and another 25,000 dinars when he examines me, and the 2-3 medications he prescribes cost me at least 100,000 dinars. Where are the regulators and the local government from these traders? Are they clueless of the situation, or are they also benefiting by agreement?"

Zaid Jassim, a 28-year-old resident of al-Ramadi, said, "the doctors give me coded prescriptions that only the pharmacist who has an agreement with the doctor can fathom. This situation forces me to pay twice the price for the medications."

Jassim told our reporter that he works in construction with a daily wage of only 15,000 dinars; I am desperate whether to pay for my son's treatment, who has a Ventricular Septal Defect, or pay the rent, support my four-membered-family, pay the domestic power generator's dues, and pay for the internet subscription for my children to study in this era of e-learning."

Abdul Razzaq Hameed, the head of the order of pharmacists in al-Anbar, said, "One of the main reasons for the high prices of drugs in pharmacies in al-Anbar is the rise of the exchange rates of the dollar by about 20%, which led to higher prices for all food, construction, medicines, and others, whether imported or manufactured locally because the materials used in manufacturing the local product are all imported."

"The prices of acknowledged companies' medicines are high in all countries," Hameed said, "the instability of the political situation leads to increased prices of materials by the importer due to the possibility of market collapse. This principle is well known by economists."

Hameed pointed, "financial and administrative corruption in the relevant ministries and departments and the constant extortion leads to burdening drugs with additional expenses. Moreover, the unplausible rise drug stores and pharmacies rents is a major reason for the rise in the prices of drugs as well."

On the agreements between pharmacists and doctors, Hameed stated, "reducing these agreements is possible, and it mainly depends on the citizens' awareness, by consulting pharmacists they trust, avoiding pharmacies near the doctors' clinics, and choosing the laboratory they trust."

"The pharmacists' order is serious about fighting the phenomenon of immoral agreements, through coordination with the doctors' order, the inspection department, and the competent security agencies," he added.

The head of al-Anbar's Order of Pharmacists warned of the phenomenon of high drug prices that accompanied the depreciation of the Iraqi currency, describing it as "a health disaster".

"After the collapse of the local currency in Lebanon against the dollar, drug prices skyrocketed, and most pharmacies closed for drug shortage, which portends a health disaster and has serious implications upon most patients, especially those with chronic illnesses. So, health authorities should be careful and take action," Hameed concluded.

Report: Toxin-spewing generators keep the lights on around Mideast