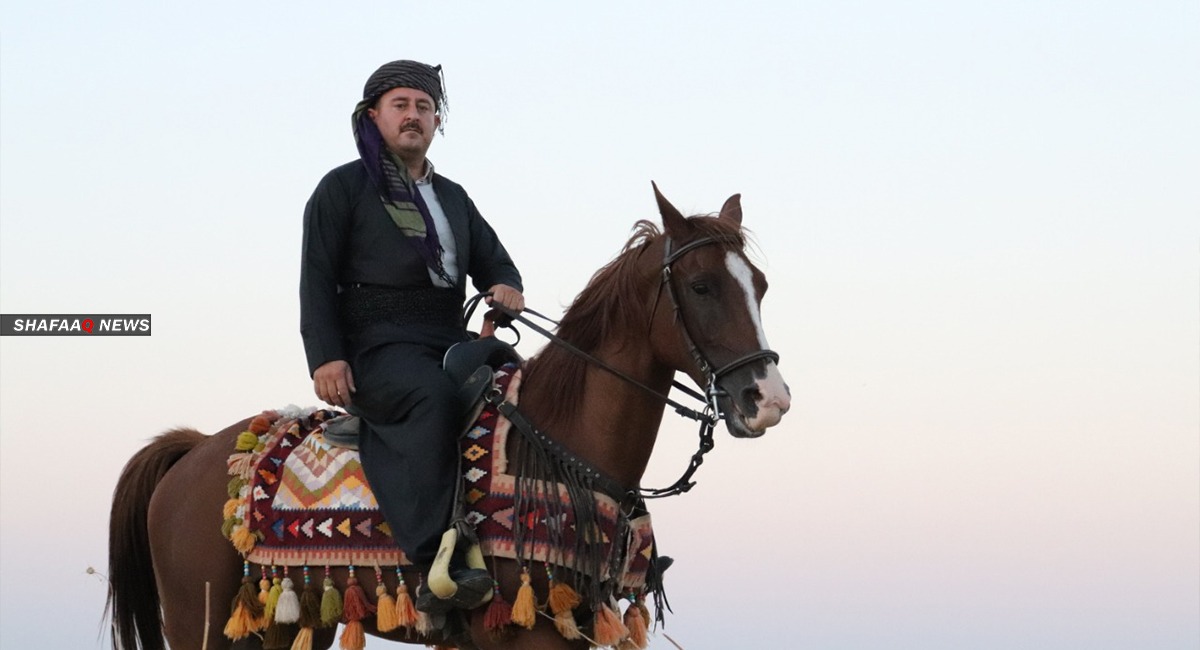 Shafaq News/ The hobby of breeding and riding horses now requires professionalism for those who acquire them; it has its laws and origins that enable the practitioner to control it and conform to its requirements and needs.

Yahya Hameed, a policeman from Daquq district (located south of Kirkuk); whose job did not prevent him from raising and riding horses as he clarified to Shafaq News agency, “In 2014, I liked to raise horses and it became my hobby. Soon, I wanted to practice this royal sport until I settled on my dream and achieved it", adding, “it became my children’s hobby as well. In Daquq, I participated in many competitions. Later, I enrolled in Erbil International Club and got a very good grade".

"It's fun to raise horses and train them into obedience", Hameed said, "there are three types of horses; the domestic Arab, the authentic Arab that runs three rounds in a row without fatigue and the imported horses".

He said that those horses are priced at least 2,500 dollars; the most expensive horse in his collection is priced at 10,000 dollars, while the prices of some horses can reach 40,000 dollars. Hameed said that raising a horse approximately costs 100 dollars per month.

Kirkuk: ethnic balance on the verge of collapse ahead of the elections