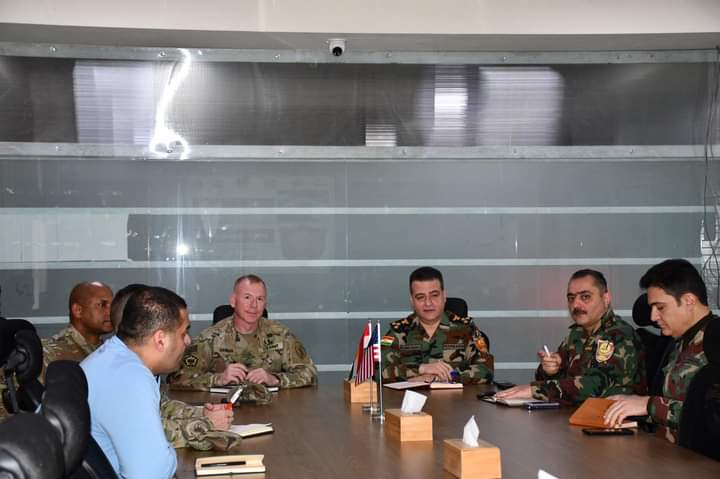 Shafaq News / The US Security Coordination Office in Baghdad discussed with the reform department of the Peshmerga Ministry several files of common interest.

The Director of the department, Brigadier General Nabz Salah Siddiq, the Chief of the US Security Coordination Office in Baghdad heading an official delegation.

The Ministry called on the US Security Office in Baghdad to support the reform project in the ministry, noting that the parties stressed the need for the US side to train and support the joint forces between the ministry of Peshmerga and the Iraqi Ministry of Defense.

The meeting attendees agreed on the need for the coalition to support the ministry of Peshmerga's human resources project, which will adopt an advanced system to bypass red tape and better coordinate the affairs of the ministry.

According to the statement, the US delegation inspected the language center of the Peshmerga forces and, and commended the progress made in the ministry.

Unidentified assailants open fire on a Peshmerga site in Bashiqa