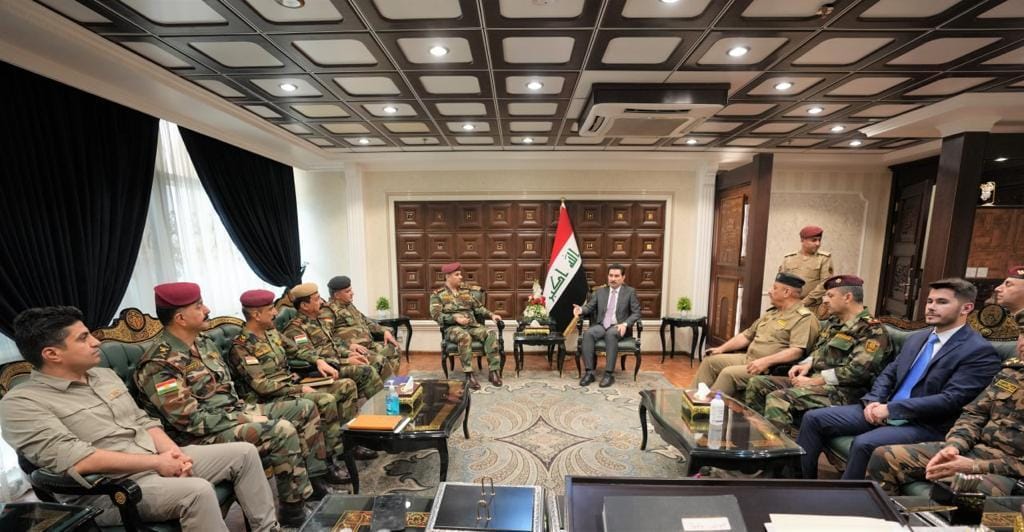 Shafaq News/ On Thursday, the Deputy Speaker of the Iraqi Parliament, Shakhwan Abdullah, met with a high-level military delegation from the Kurdistan Region.

The delegation included Lieutenant General Issa Ozeir, the Chief of Staff of the Ministry of Peshmerga, and military commanders and staff officers of the Border Guard Forces Command.

Abdullah's office stated that both sides discussed the security file, the latest security developments, how to address the recent violations, and how to support the federal security units in the Region.

The meeting stressed the need to "raise the level of cooperation and coordination between the Peshmerga and the federal forces, launch joint operations against terrorists and sleeper cells, and complete logistical procedures and requirements for the formation of the 20th Brigade."

The Parliament's Vice-President pointed to the importance of this visit and holding meetings with the senior military leaders in Baghdad, exchanging information and activating the intelligence effort and training.

He also confirmed the parliament's continued support to the military and security institutions on two levels, the legislation and allocate funds to equip the armed forces.

Earlier, the Kurdish military delegation met with the Iraqi prime minister, Mustafa Al-Kadhimi, the Minister of Defense, Jumaa Inad, and Lt Gen Abdul Amir Yarallah, the chief of staff of the Iraqi Ministry of Defense.