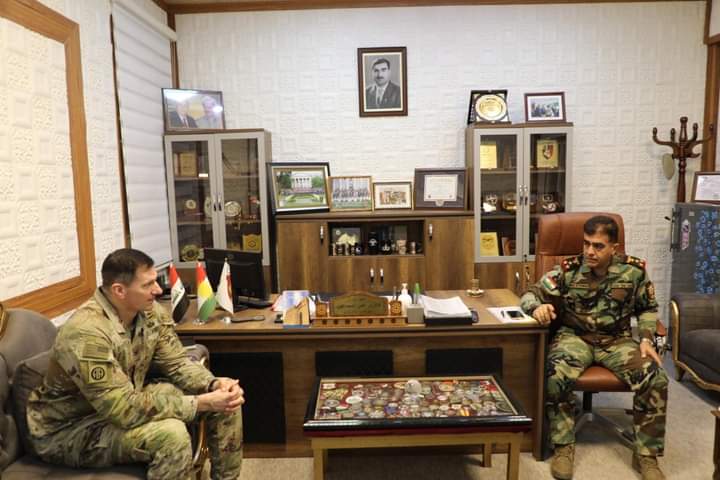 Shafaq News/ The Ministry of Peshmerga in the Kurdistan Region revealed that a meeting was held with the advisor of the US forces in the Global coalition.

A statement by the Ministry's Media Center said that Brigadier General Hazar Omar, a senior advisor in the ministry, received the senior adviser to the Global Coalition Forces and an accompanying delegation, indicating that the two sides discussed the latest preparations for the formation of two joint brigades from the Peshmerga forces and the Iraqi forces.

The meeting also shed light on the strategic dialogue between Iraq and the US.

It is worth noting that the Defense and Security Committee between Iraq and the US is scheduled to hold a new round of talks next Thursday.