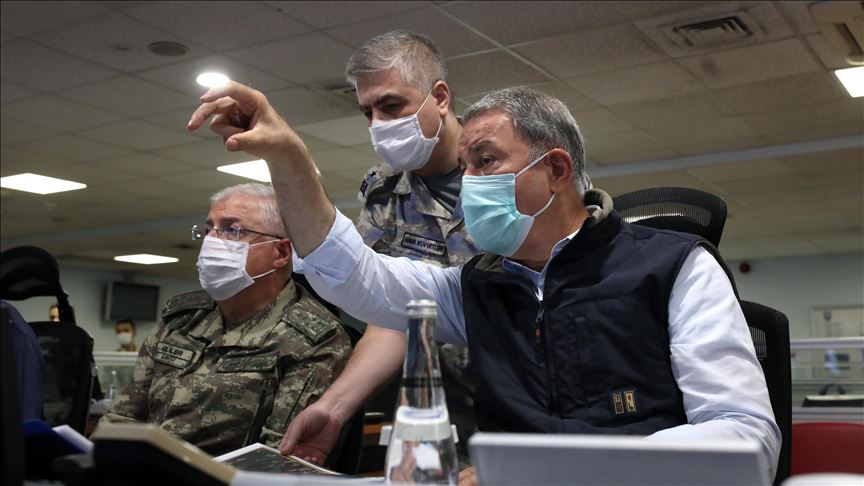 Shafaq News / A total of 16 targets have been destroyed by the Turkish armed forces in a military operation against the Kurdistan Workers Party (PKK), Türkiye's Defense Minister Hulusi Akar announced.

The operation destroyed caves, bunkers, shelters and command posts of the PKK in the Asos Mountain region of Iraq on Tuesday, the minister said at a press conference in the southeastern Turkish province of Sirnak.

The targets were hit by airstrikes of the Turkish Air Force, the local NTV broadcaster reported.

Türkiye respects the territorial integrity and sovereignty rights of all its neighbors, especially Iraq and Syria, Akar emphasized.

The PKK, listed as a terrorist organization by Turkey, has been rebelling against the Turkish government for over 30 years.

Baghdad and Erbil have protested against the Turkish operation as a violation of their sovereignty.