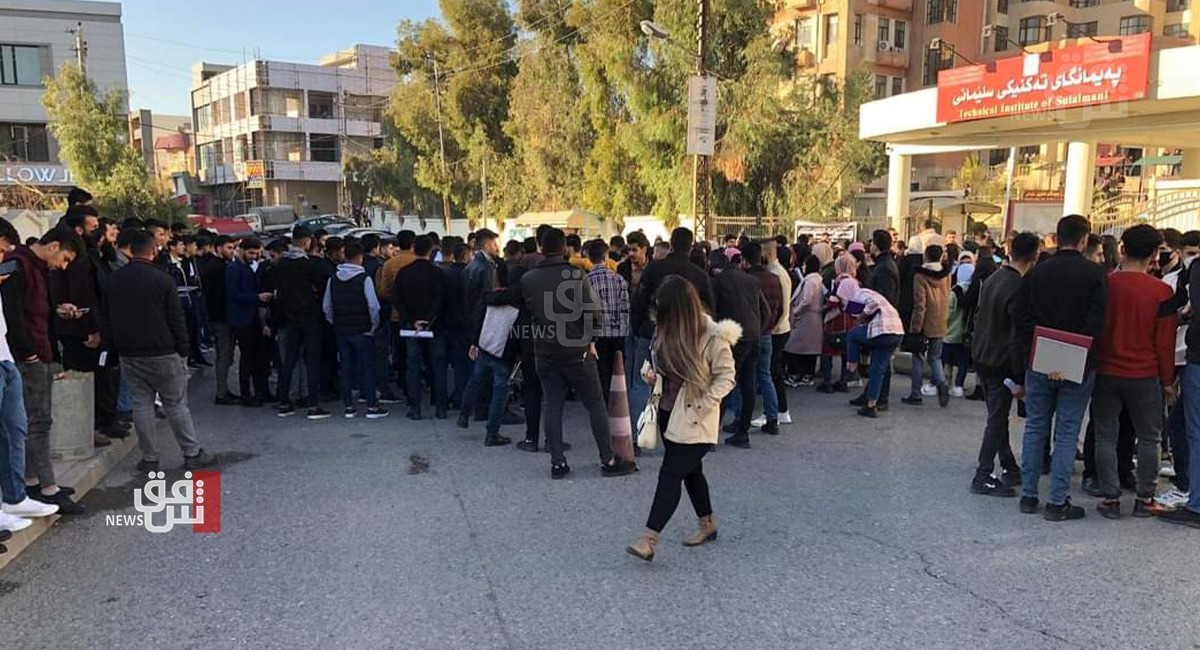 Shafaq News/ University and college students in al-Sulaymaniyah held fresh demonstrations on Tuesday to demand the Kurdistan Regional Government (KRG) resume issuing their monthly stipends, which have fallen into arrears.

Shafaq News Agency correspondent to the governorate said that students of the technical institute in al-Sulaymaniyah and Kalar organized a sit-in near the buildings of both teaching centers.

The students called on the authorities to respect the aspirations and demands of the Region's "future leaders".

For the third day in a row, a protest kicked off this morning in al-Sulaymaniyah calling for the reinstatement of student allowances which have been suspended since 2014.

The KRG stopped the financial support seven years ago when it introduced austerity measures, such as salary cuts, to cope with the financial crisis brought on by the fight against ISIS, an oil price crash, as well as budget disputes with the federal government in Baghdad. The cash-strapped government has struggled to pay public sector salaries for several years.

But with ISIS now largely defeated and oil prices recovering, students believe these factors no longer obstruct the disbursement of stipends.

Without these monthly payments, some students struggle to buy food or pay for accommodation and travel.