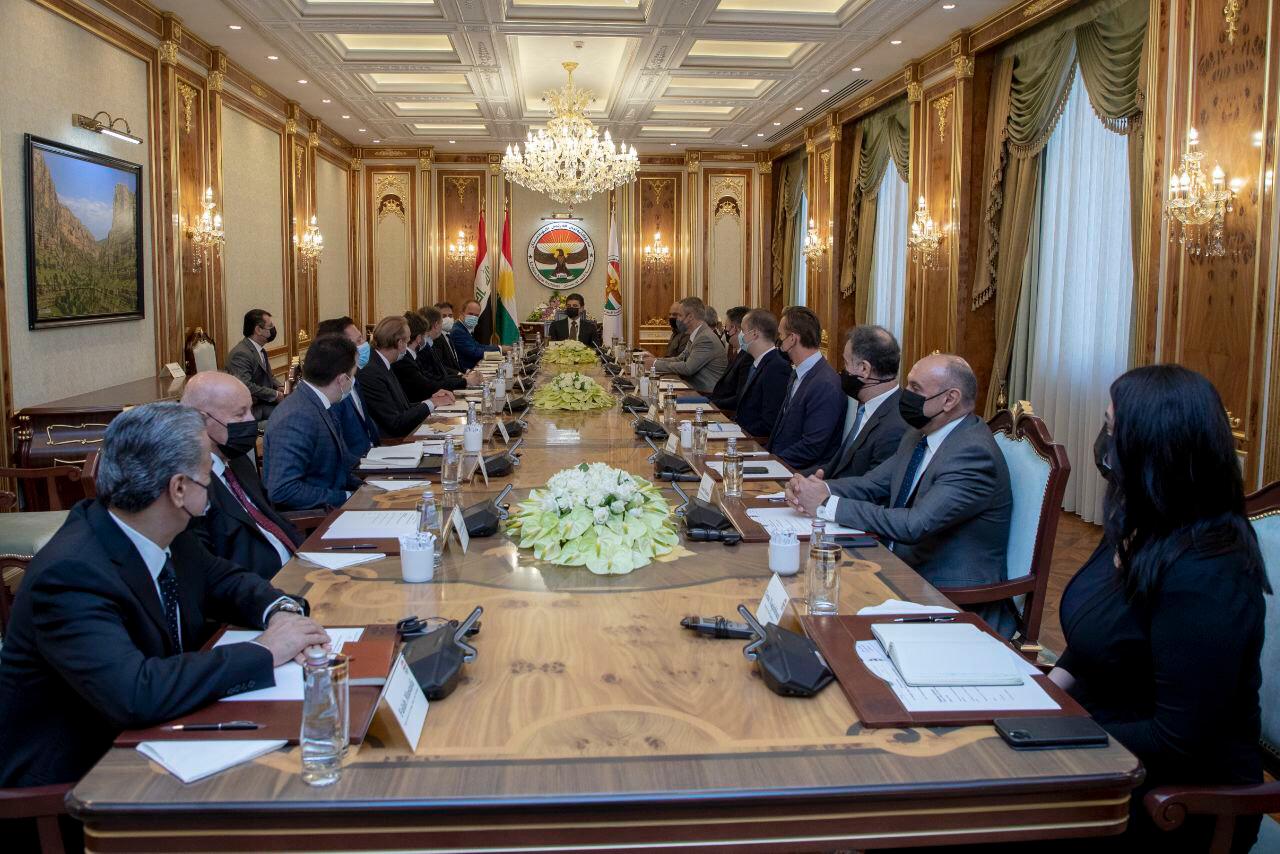 Shafaq News / The President of Kurdistan Region, Nechirvan Barzani asserted on Wednesday his support for the federal government headed by Mustafa Al-Kadhimi, stressing at the same time the implementation of the "federal system" as stated in the Iraqi constitution.

The region’s presidency said in a statement received by Shafaq News Agency, "The President of Kurdistan Region, Nechirvan Barzani, received today representatives of foreign consulates", indicating that Barzani, "spoke to the attendees about the general conditions of the region, relations between Baghdad and Erbil and the ongoing dialogues to address these relations".

The statement indicated that Barzani also spoke about relations with neighboring countries and the challenges facing Kurdistan and Iraq, COVID-19 and its repercussions, as well as the dangers of ISIS, the economic crisis and the reform process in the region, indicating that he, "thanked the European Union countries for their cooperation in the reform process in the region and stressed the necessity of continuing this support".

Nechirvan Barzani affirmed, according to the statement, "the region's support for Mustafa Al-Kadhimi's government and Kurdistan's desire to address problems according to the principles of the Iraqi constitution and in a manner that guarantees the rights and entitlements of the region", stressing on, "the implementation of the federal system as stated in the constitution".

Barzani added, "Kurdistan region has always been a stabilizing factor in Iraq and the region and will remain so. We like to develop its relations with neighboring countries on the basis of mutual respect and common interests", explaining that, "the region's relations with both the Islamic Republic of Iran and the Republic of Turkey are good with great trade exchange and economic activities".

In another aspect of the meeting, Barzani highlighted, "the fears of the emergence of ISIS", and stressed the need for, "continued international support for the region and Iraq in the face of terrorism and the importance of coordination between the Peshmerga forces and the Iraqi army, especially the areas covered by Constitutional Article 140".