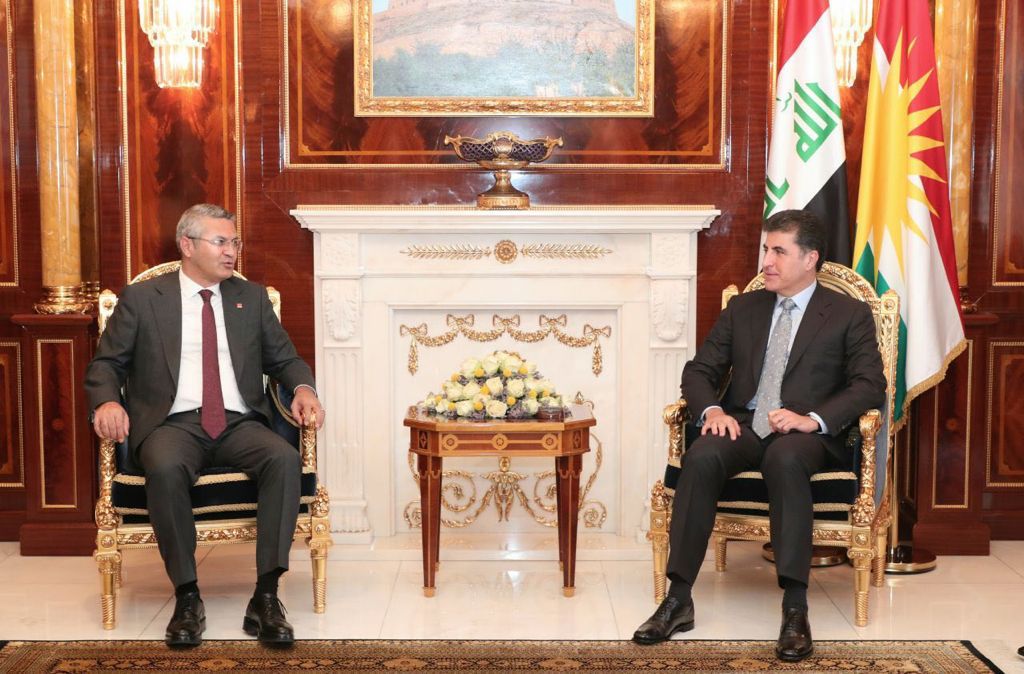 Shafaq News/ The President of the Kurdistan Region, Nechirvan Barzani, received a delegation from the Republican People’s Party of Turkey (CHP), headed by Mr. Oguz Kaan Salici, the Deputy Chairman of the party, in Erbil on Monday.

At the meeting, the guest delegation spoke about the purpose of their visit to the Kurdistan Region and shared their observations. The delegation stressed that solving the regional problems and tensions is through dialogue and understanding among peoples and communities of the region, and for this purpose, the CHP has started to apply a long term approach based on mutual respect and interchange.

The delegation hoped to establish friendly relations with the Kurdistan Region and its communities based on the shared interests of the peoples of the region, and work together to resolve the problems in order to maintain regional security and stability. The guest delegation also referred to the vital role and position of the Kurdistan Region in this context.

President Barzani, for his part, laid emphasis on dialogue, understanding, shared visions, and finding ways to resolve the regional disputes and complexities based on mutual respect and ending denial, deeming the CHP visit as a new policy for the party.

The President expressed gratitude to Turkey for continuously assisting the people of Kurdistan in times of crises. Barzani referred to Turkey’s support to the people of the Region during the infamous Anfal Campaigns in 1988 and asserred that the Region will always remain a factor of peace and stability.

Discussions also touched on the upcoming Iraqi elections, ISIS threats, and future prospects in the region.