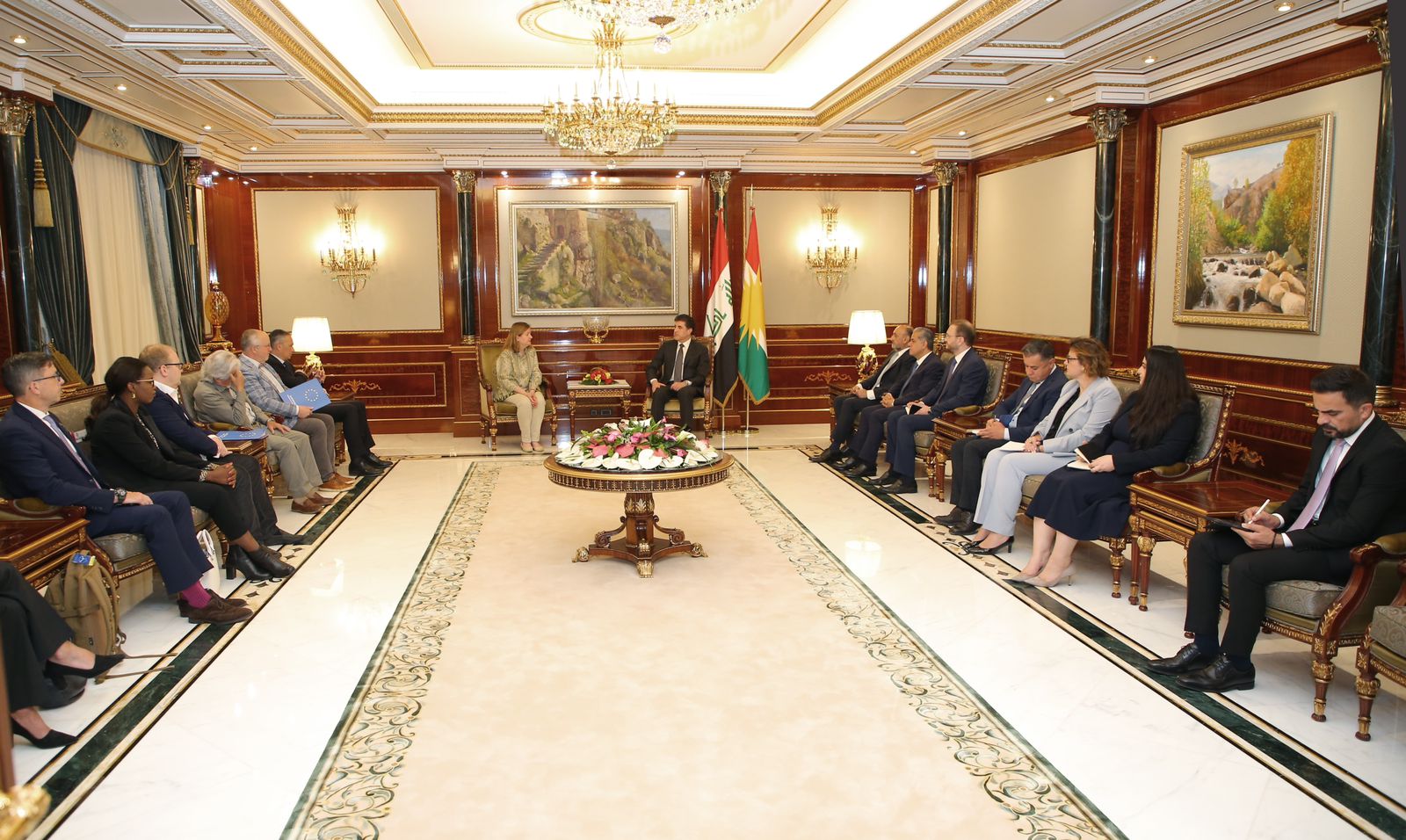 Shafaq News/ The President of the Kurdistan region, Nechirvan Barzani, received the head of the Defense and Security of the European Union, Nathalie Loiseau, and her accompanying delegation in Erbil earlier today, Wednesday.

A readout issued by the region's presidency said that the visiting delegation highlighted the importance of the region's stability to Europe and commended the Peshmerga forces' heroics in the battle against ISIS and the vision of the Kurdistan region.

The President expressed gratitude for the European Union's military and humanitarian aid to the Kurdistan region, calling for sustaining the EU countries' political, economic, educational, and social cooperation with Iraq and Kurdistan.

Barzani praised the coordination between the Peshmerga and Iraqi federal forces in the contested territories between Baghdad and Erbil m, stressing upon resolving the disputes in accordance with the constitution.

The meeting attended by the Kurdistan Regional Government's representative in Belgium and EU parliament representative in Kurdistan touched upon the political situation in Iraq, the repercussions of war in Ukraine, and human rights, and a spectrum of issues of mutual interest.

Shoresh Ismail briefs Masoud Barzani on a Peshmerga delegation visit to US, UK