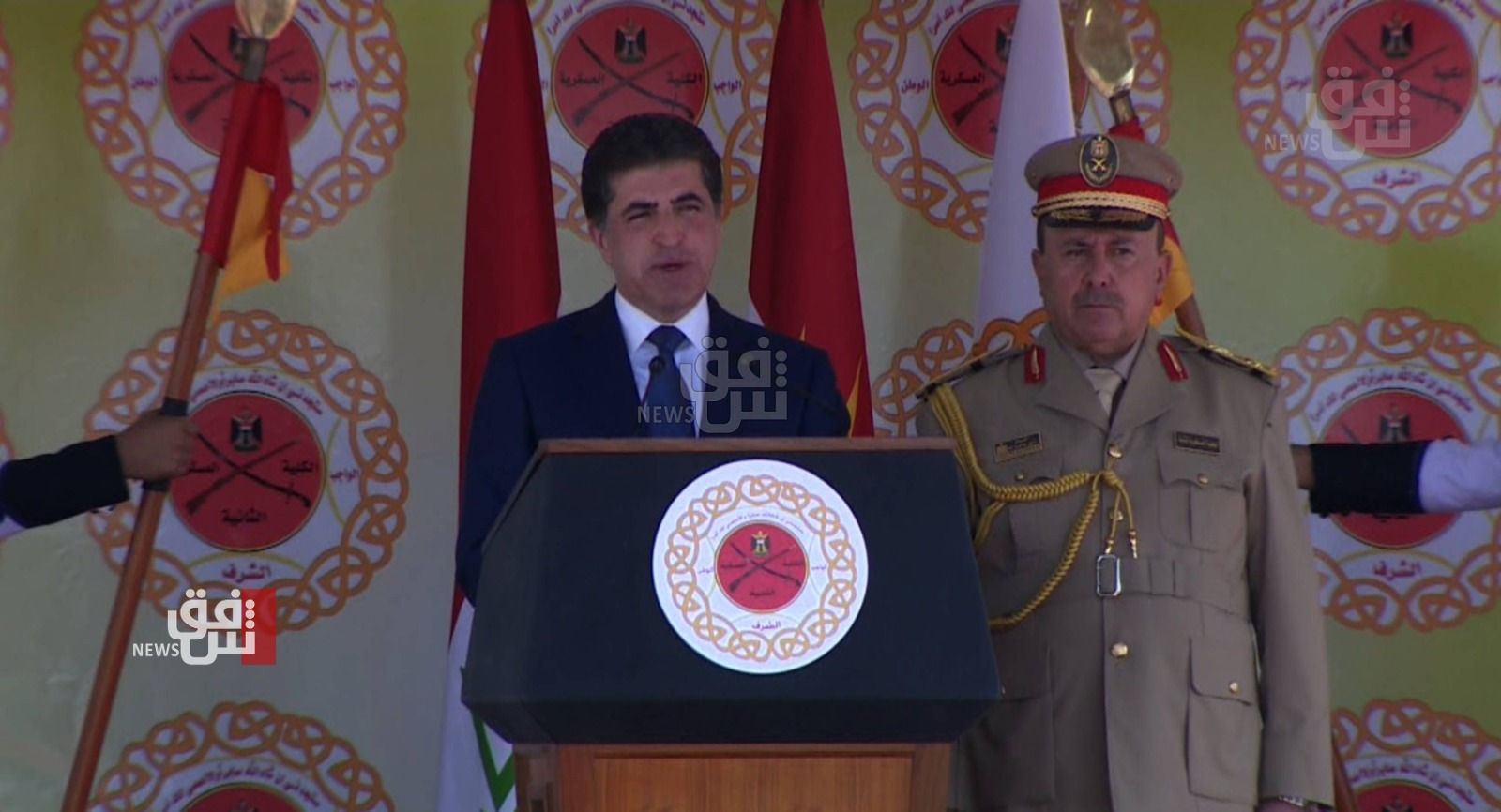 Shafaq News/ The President of the Kurdistan region, Nechirvan Barzani , on Thursday called for a rapid resolution of the disputes between the federal and regional governments and urged the main players in Iraq to exhibit a flexible approach to the ongoing political impasse in the country.

President Barzani's remarks came during a speech he delivered at the commissioning ceremony of the cadets graduating from the military school of Zakho.

Barzani called for putting an end to the war of "breaking wills and intolerance" and pursuing "flexibility" in order to overcome the bitter political deadlock in Iraq.

"I ask of the Iraqi government, authorities, and institutions to view the region as a complement for them. We are all one in both success and failure," he added, "I demand Baghdad, if it is serious about viewing Kurdistan and its people as a part of Iraq, to address the disputes between the federal and regional governments as soon as possible."

"I believe that we have the opportunity to address the disagreements on the dialogue table," he continued, "the Kurdistan Regional Government is willing to address them in accordance with the constitution."