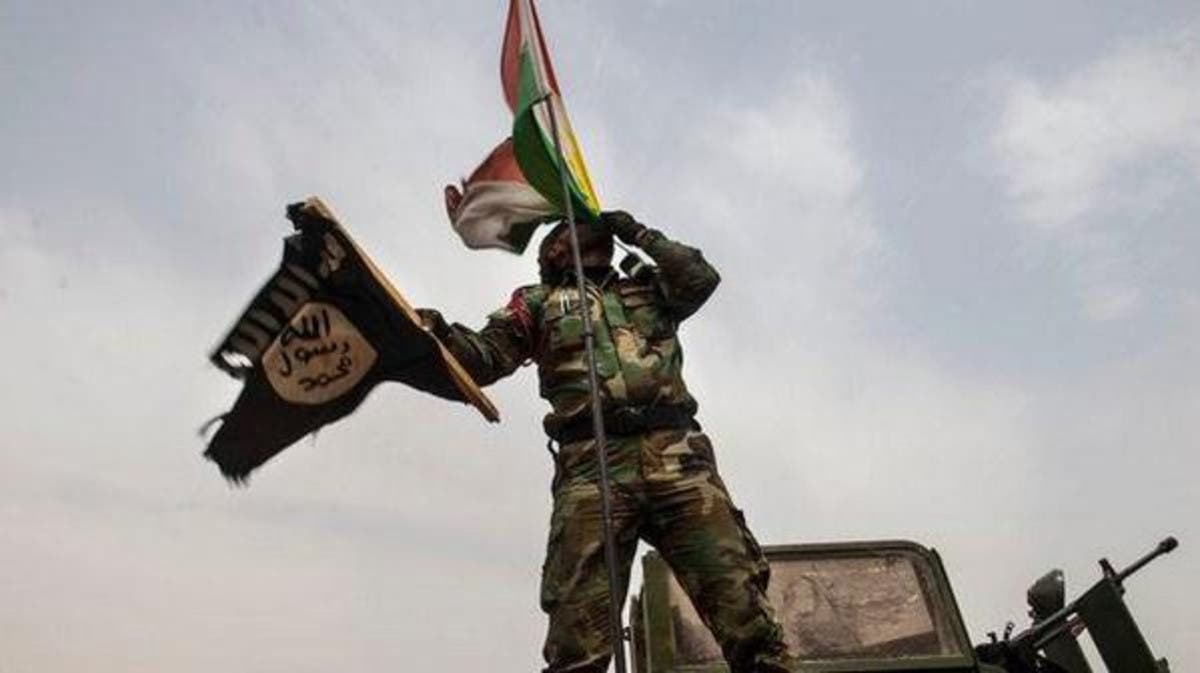 Shafaq News/ Forces 80 of the Peshmerga issued a clarification about the statements of a person who identified himself as a "volunteer" to fight ISIS in Makhmour district.

Ghazi Faisal, who belongs to the Patriotic Union of Kurdistan Party, was accused of recording a video clip in which he said that forces 80 in the Peshmerga prevent fighting ISIS in Makhmour for political reasons.

Forces 80 said in a statement, "this person made false and inaccurate statements against our forces," explaining that he claimed that Forces 80 did not allow him to fight ISIS, and accused them of supporting the organization in the area.

"Such a fabricated discourse is baseless and in does not suit the spirit of brotherhood, nor the Peshmerga and the Kurdish struggle."

The statement also indicated that if this person is eager to fight ISIS, "we will help him to reach the front lines against the organization."