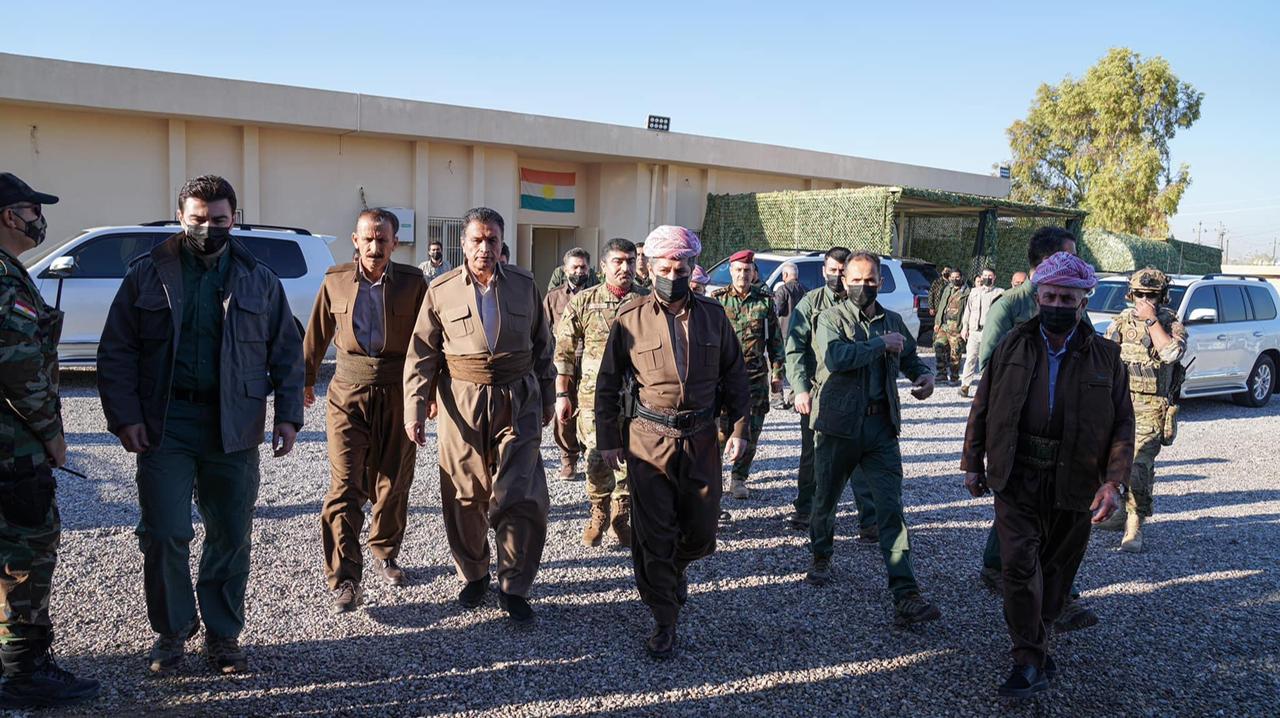 Shafaq News/ The head of the Kurdistan Regional Government, Masrour Barzani, demanded on Friday the Global coalition and the Iraqi Prime Minister to provide the Peshmerga forces with military equipment.

This came during a visit he made to the Makhmour axis of the Peshmerga forces, following the recent ISIS attack on the district.

Barzani said in a press conference on the sidelines of the visit, that the attack resulted in 13 deaths, noting, " it is not the first nor the last attack, but the Peshmerga forces are always ready to defend and confront any attacks."

The head of the regional government added, "We had called for arming the Peshmerga because they need equipment and ammunition, but unfortunately there are still obstacles," calling on the Global Coalition forces and the Iraqi Prime Minister to take steps in this regard.

He continued, "There is a decision to form two joint brigades between the Peshmerga forces and the Iraqi forces in the disputed areas, but no real steps have been taken. Therefore, we will not wait. We will do whatever it takes to protect these areas."