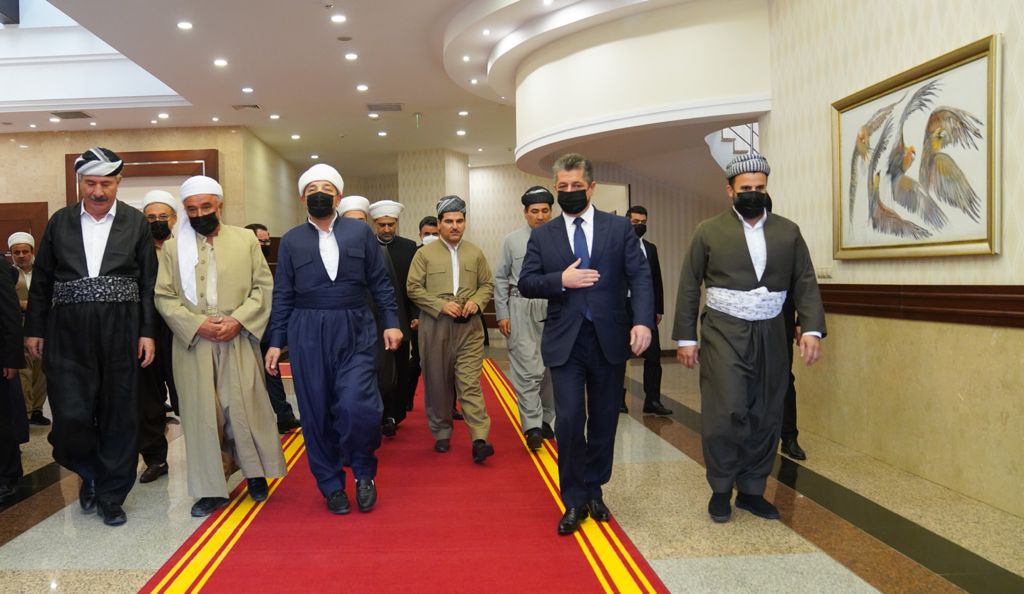 Shafaq News/ Kurdistan's Prime Minister, Masrour Barzani, hosted on Wednesday the head and the members of the executive office of the Kurdistan Union of Islamic Clerics.

According to a readout issued by the Regional Government, head of the Union Mulla Abdallah praised the reforms executed by the ninth cabinet, stressing that the council endorses the government's endeavors to overcome the crises and improve the lives of the citizens.

For his part, the Prime Minister shed light upon the role of the Islamic clerics in raising awareness in the society and promoting the coexistence culture between the different communities in the Kurdistan Region.

"The clerics continue to face the extremism, defend the rights and entitlements of the Region, and promote the spirit of tolerance in the community," he concluded.

Masrour Barzani: we welcome the third round of the US-Iraq Strategic Dialogue

Kurdistan’s Prime Minister mourns the former US Secretary of State

British PM recalls his 2015 visit to the Kurdistan Region

PM Barzani embarks on an official visit to Brussels