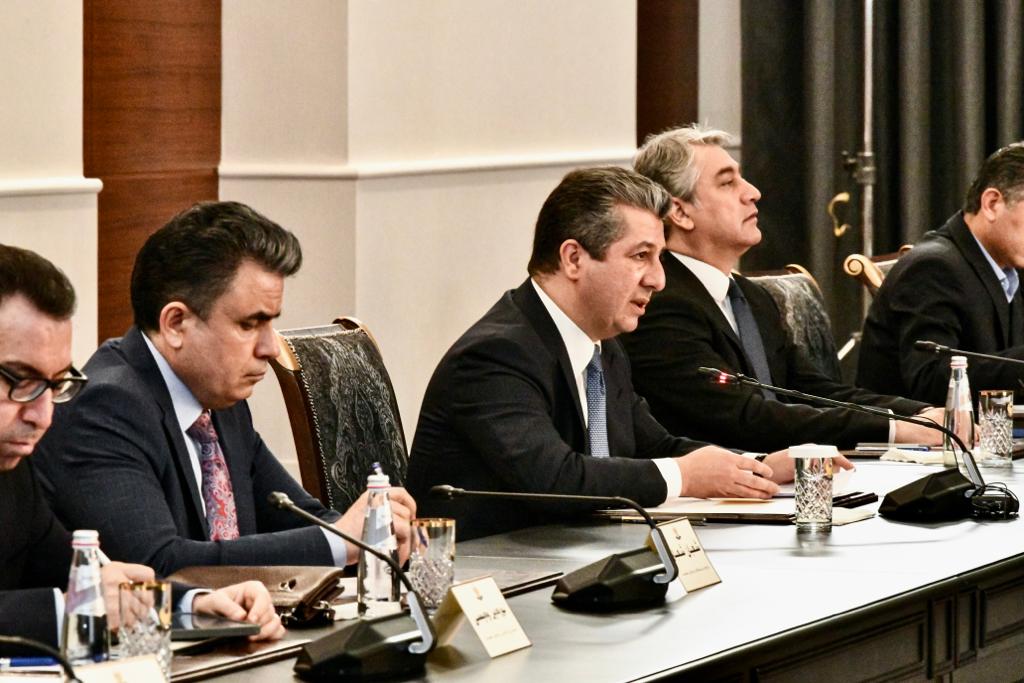 Shafaq News/ Kurdistan's Prime Minister Masrour Barzani on Sunday called for joint action with Baghdad to curb "lawless groups" operating in the contested territories between the federal and regional governments.

In an official press release earlier today, Prime Minister Barzani said he has been "deeply troubled by the repeated terror attacks on our people and public infrastructure in recent months."

"The cowards behind the attacks have resorted to criminal attacks because they have lost the court of public opinion in the rest of the country," he added, "rather than focus on the future, and economic integration with the rest of the world to create jobs for the youth, lawless groups fire rockets on our villages and civilians."

"During my call with Prime Minister Mustafa Kadhimi, I emphasized the need for joint Peshmerga and Iraqi security forces to fill any remaining vacuum in the disputed territories used by lawless groups to recklessly destabilize the whole of the country," he continued, "I explained to the Prime Minister that the attacks threaten stability and the investment climate for all the country as a whole."

"I have urged him to take public, practical measures to rein in the groups," said the Prime Minister.

"I have also directed both Ministers of Peshmerga Affairs and Interior to take all measures necessary to protect critical public infrastructure and oil and gas installations," Barzani said.

More troops shall be deployed near these facilities, according to the press release.

Barzani also held a phone call with the White House's Coordinator for the Middle East and North Africa, Brett McGurk.

"Our American friends, and every investor must remain committed; we cannot give in to fear," he said.

"Over the next few days, I will urge our international friends and partners, and the UN Security Council to renew efforts with Erbil and Baghdad and explore ways for us both to protect against more terror attack."

Barzani reiterated the Kurdistan Regional Government's commitment to" defending and protecting investments in its oil and gas sector and all public infrastructure. I have made clear that an attack anywhere on Kurdistan is an attack on all of Kurdistan and its peoples."

"In this moment of national concern, I urge our people to stay resolute," he concluded, "Our resilience will not be shaken."

PM Barzani meets with the head of Chaldean Church

Kurdistan’s President: the constitution of Kurdistan will be for all Kurds