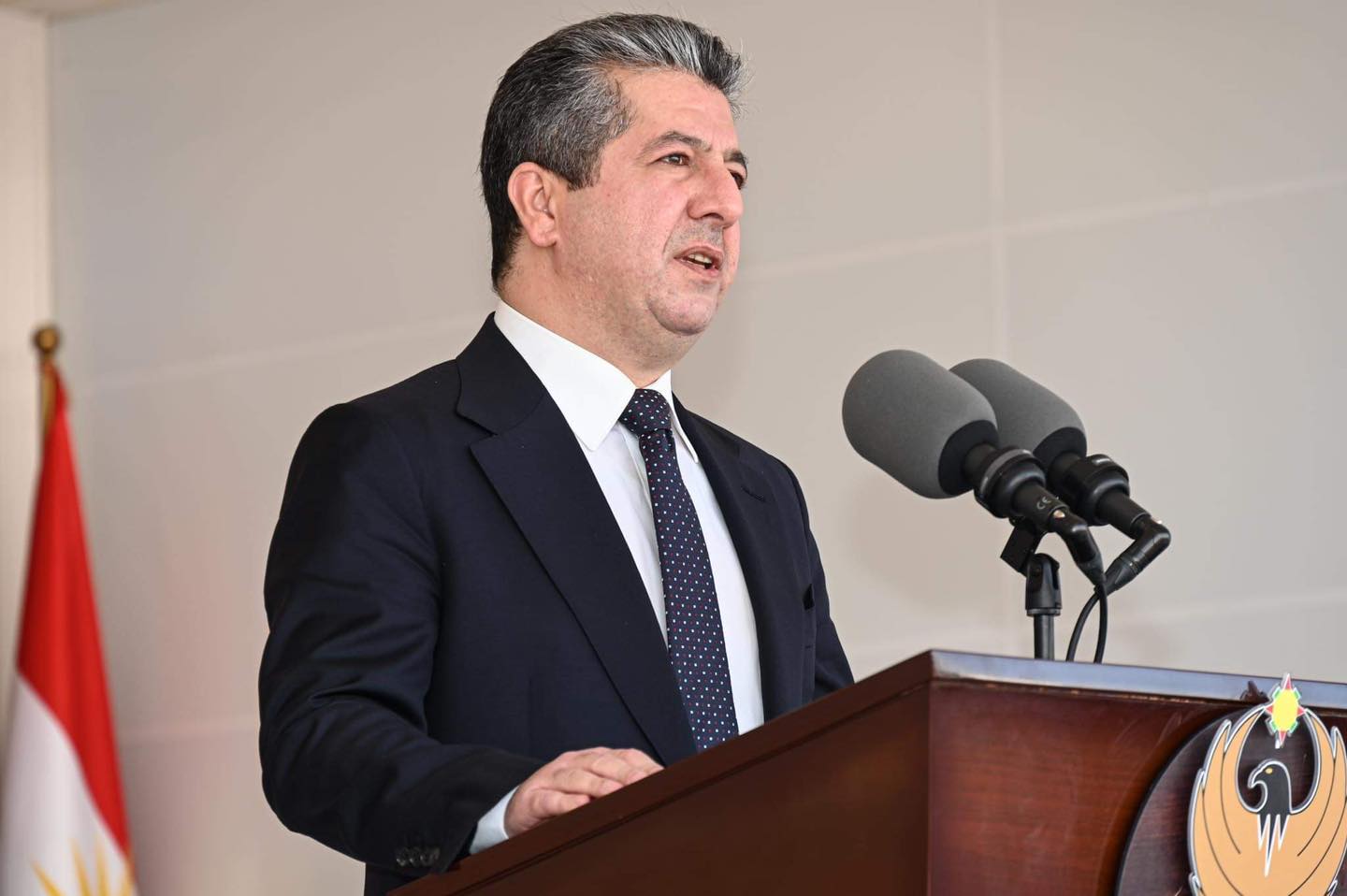 Shafaq News/ Kurdistan's Prime Minister Masrour Barzani said that his government will continue to cooperate with the federal government and international community to deter Iran and Turkey's attacks on the Kurdistan region.

The Prime Minister denounced the recent attacks against the Kurdistan region, reassuring the neighboring countries that Iraq's Kurdish region is a "source of stability".

Barzani called on the international community and the Iraqi federal government to put an end to these repeated violations.

Prime Minister Barzani said that technical and ministerial teams from his government are ready to meet with their counterparts in the federal to discuss the lingering issues, expressing willingness to visit Baghdad himself for the sake of addressing purpose.

Masrour Barzani: We are not selling oil at a lower price than SOMO's