Nechirvan Barzani to U. S. embassy attaché: Resuming the strategic dialogue is an important step 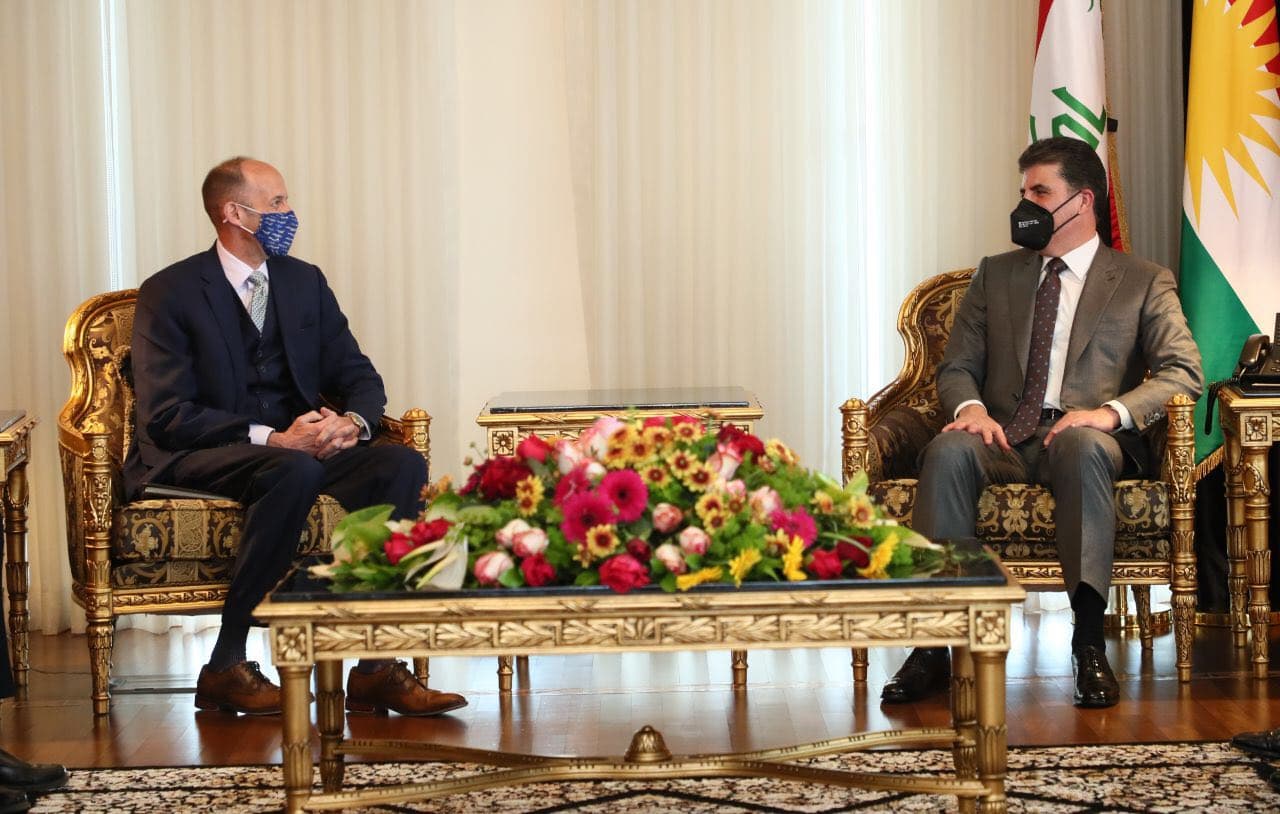 Shafaq News/ The President of Kurdistan, Nechirvan Barzani, deemed the resumption of the Iraqi-U.S. "Strategic Dialogue" with the participation of the Region as an "important step" upon his reception of the senior defense official and defense attaché to the U.S. Embassy in Baghdad, John Teichert, and his accompanying delegation.

According to a readout of the meeting, Barzani expressed gratitude for the role of the Coalition in the battle against ISIS, stressing the importance of the U.S. and the Coalition missions' continuity to eradicate terrorism.

The President of the Region placed emphasis upon the threats of terrorism, the resurgence of ISIS, coordination between Baghdad and Erbil, and filling up security voids.

Barzani appraised the resumption of the Strategic Dialogue between Baghdad and Washington in which the Kurdistan Region will take part. The former PM of the Region said, "it is an important step that outlines the framework of the bilateral relations and serves as a roadmap for joint work," indicating, "it is an appropriate opportunity for Iraq and Kurdistan to benefit from this dialog, primarily in the public sector and services."

The U.S. delegation congratulated Barzani for the Federal Budget's approval, appraising the relations between the Peshmerga forces and the Coalition.

Barzani responded that approving the budget is vital for Iraq and Kurdistan, referring to the Region’s endeavor to bolster the political, economic, and military relations between Iraq, Kurdistan, and the U.S.

The President thanked the U.S. aid for it provided the Peshmerga forces in the war against ISIS and the reform process, indicating that the Region hopes aspires to resolve the issue with Baghdad in accordance with the Constitution.

Barzani said that enforcing the "Federal Regime" is the key solution in Iraq for all the parties.

The readout added that the meeting touched upon an array of common interest issues, most notably the Iraqi legislative elections and the repercussions of the COVID-19 on the Region and the world.

Kurdistan officeholders on Supreme Court ruling: retreat from Federalism and violation to the constitution