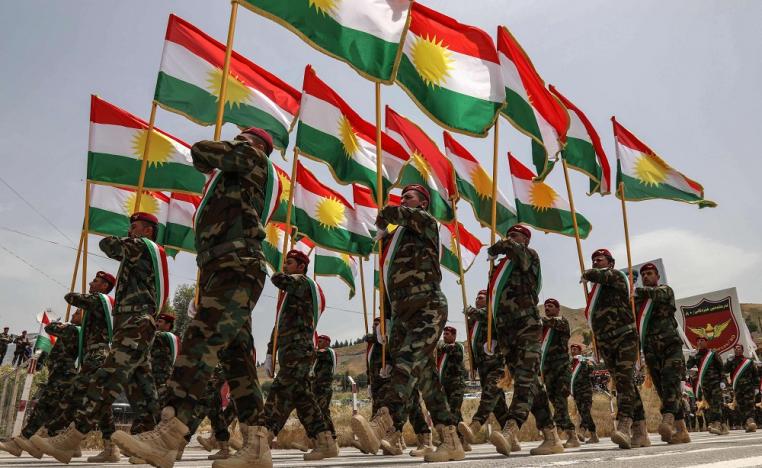 Shafaq News/ A member of the Parliamentary Finance Committee, Shirwan Mirza revealed on Wednesday Kurdistan Region’s share in the general budget for 2020, and the amount allocated for the salaries of the Peshmerga forces.

"The draft budget law for the year 2020, according to the information received, the region’s share has been set at 12.67%, and the Peshmerga’s budget has also been set at 76 billion dinars per month, which annually amounts to 912 billion dinars", said Mirza, MP for the Patriotic Union of Kurdistan.

He added, "there are two articles in the budget related to the liquidation of debts and accounts between the region and Baghdad from 2014 until 2018. Regarding the debts and obligations of Kurdistan Region, there is an article that obliges the region to disclose all the data, so that we know why the region borrowed and what are the accumulated loans within 30 days".

He continued, "within 90 days, a committee from the Federal Financial Supervision Bureau and the region is formed to review these debts to find out the reasons that led the regional government to borrow, how it disbursed those loans and on what legal justification it resorted to borrowing".

"The budget also discussed Kirkuk oil, which amounts to 350 thousand barrels per day through the oil pipelines in the region. The transportation pipelines fees will be paid by the federal government, while the region must deliver 250 thousand barrels of oil per day to SOMO Corporation; in addition to 50% of the border crossing resources", he continued.

On the budget for next year, he commented, "There is a technical delegation from Kurdistan Region, present in Baghdad and trying during its meetings to develop a strategy for the budget for the next three years".

The Iraqi parliament is scheduled to begin discussing the country's financial budget for the current year next Saturday in preparation for its approval.