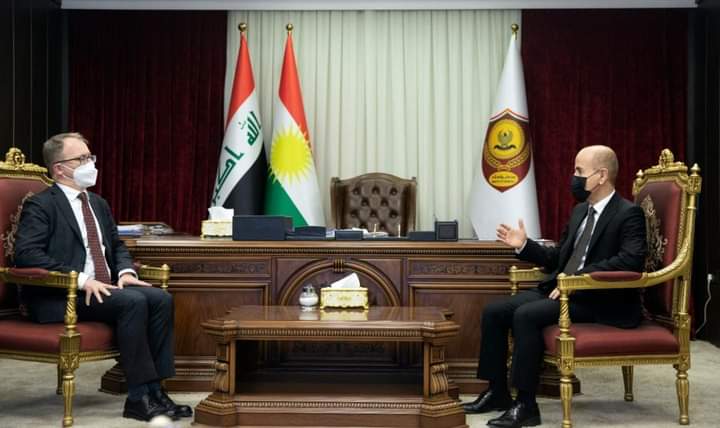 Shafaq News/ The Ministry of Peshmerga revealed the reason for the delay in forming two joint brigades with the Iraqi Army in the areas of security gaps.

In a statement, the Minister of Peshmerga, Shoresh Ismail, during his meeting with the Italian Ambassador to Iraq, Maurizio Griceite, and his accompanying delegation, appreciated the cooperation and coordination of the Italian government and senior military advisors in the reform process and the unification and reorganization of the Peshmerga forces.

For his part, the Ambassador said that Italy is monitoring the situation in Iraq Kurdistan, expressing a desire to establish stability and security in the region.

The statement added that both sides discussed forming two joint brigades of the Peshmerga and the Iraqi Army.

The Minister of Peshmerga clarified that the Kurdish part completed its duty, and the delay is due to technical problems in the Iraqi Ministry of Defense.

Ismail added that they asked friends and allies to do their best to expedite forming the joint brigades.