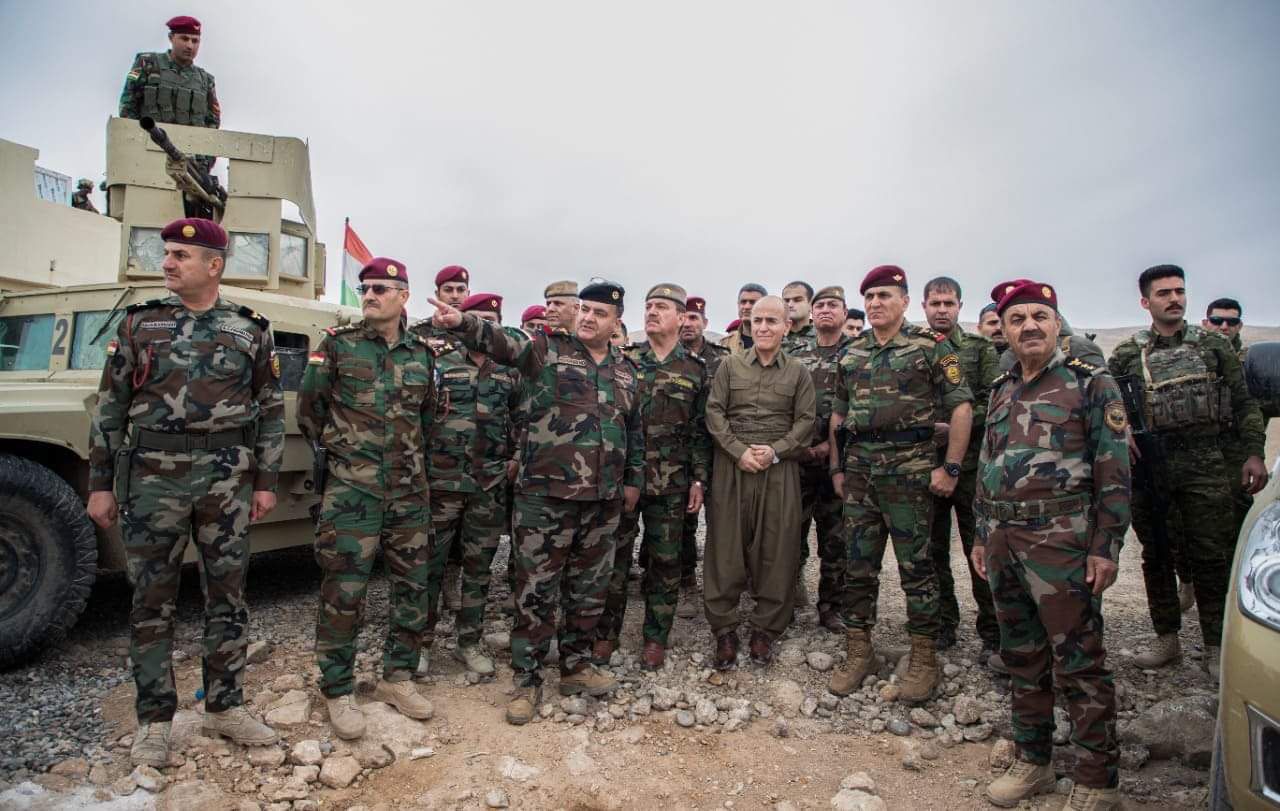 Shafaq News/ The Minister of Peshmerga in the Kurdistan Region, Shoresh Ismail, participated in a funeral ceremony for the victims who died in recent ISIS attacks.

The ministry said in a statement that Ismail visited the Peshmerga forces' points in Makhmour, in the Qara Jokh mountain range, and listened to a brief overview of the situation from the Peshmerga leaders.

The statement said that the minister met, during the visit, Ms.Bayan, the mother of the three victims who were killed by ISIS recently, and promised her that the Peshmerga would avenge their blood.

The statement also indicated that Minister Ismail paid a field visit to the borders of the 14th and 18th brigades of the Peshmerga infantry forces in the Qara Jokh heights, and recommended, and confirmed that that ministry's efforts have been intensified to address the situation.