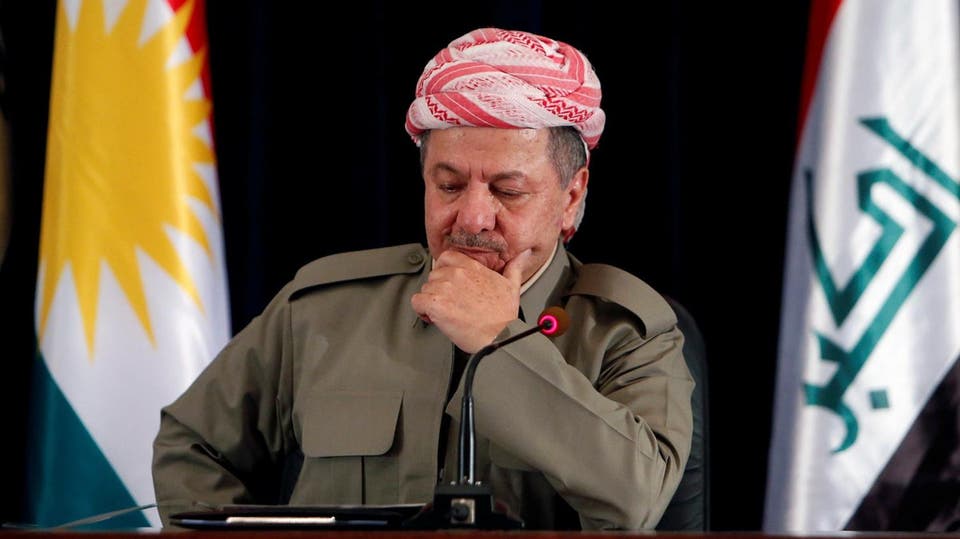 Shafaq News / The Kurdish leader, Masoud Barzani said today, Monday, that an agreement was reached with Baghdad when the Iraqi army entered Sinjar after the events of October 2017. The agreement provides from transferring the authority in the district to its people but "the Iraqi government did not commit to the agreement and handed Sinjar to other people".

Six years pass today, since the genocide catastrophe in Sinjar. The catastrophe during which ISIS terrorists brutally committed the crime against the Yazidis", said Barzani in a letter received by Shafaq News agency, on the occasion of the sixth anniversary of ISIS's invasion of Sinjar on August 3, 2015. The crime is, "a deep wound on the body of the people of Kurdistan and it will never be forgotten"

Barzani added, "targeting the Yezidis came because they were Kurds and because of their beliefs. They were attacked by hatred, ignorance and lack of conscience by the terrorists", He explained, "the crime that was committed against them was an extension of that series of disasters and crimes that were committed against the people of Kurdistan throughout history".

Barzani affirmed his full support of the demands of the Yazidis to return to their homes, have a quiet and calm life far away from injustice, oppression and persecution and manage their affairs in their areas. He also deplored that Sinjar region, after the events of the sixth October 10, is under the influence of the opponents of Kurdistan.

The president of Kurdistan Democratic Party said, "at the time and in order not to allow the recurrence of other disasters and new bloodshed among the Yazidis, it was agreed that Sinjar and other areas should be managed by the Yazidis", adding, "the Iraqi government has not adhered to that agreement yet and handed Sinjar to other people. So far, the Yazidis in Sinjar region are not sure about their lives and their future, have not returned to their areas and currently living in displacement and camps. This is a great injustice".

Barzani stressed, "this abnormal situation in Sinjar must be ended. Sinjar should return to the hands of its original owners and measures must be taken to ensure that disasters, injustice and crimes against Yazidis and other components are not repeated".

ISIS invaded Sinjar district, the stronghold of the Yazidi religion, on August 3, 2014, and took control of the area until it was expelled from it the following year, by the Northern Peshmerga forces.

At that time, the nations said that the organization was committing genocide against Yezidis. According to Yazidi officials, ISIS killed 1293 people during the first days of the Sinjar invasion. Besides, around 6 thousand Yazidis were kidnapped, including about 3,000 women and girls who were taken by the organization as a "Sabaya" of sexual slavery.

Although ISIS lost, in late 2017, the territories it controlled by Baghdad, while around 2,800 Yazidis were still missing.

Turkey bombs mountain and a village in Kurdistan