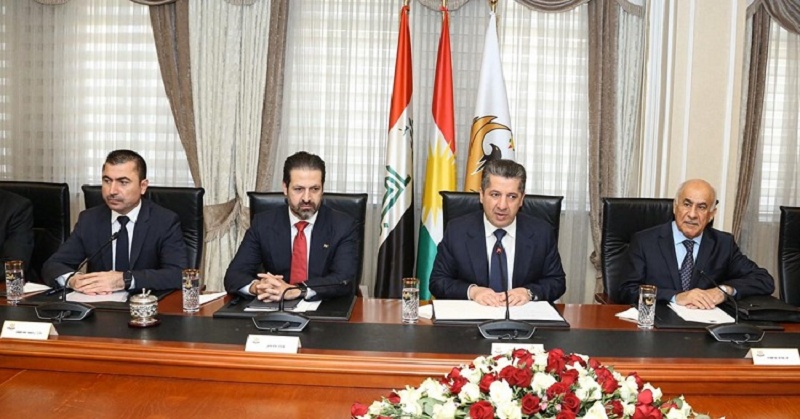 Shafaq News / A parliamentary source revealed on Thursday that parliamentarians have completed collecting the necessary signatures that allow them to host and question Prime Minister Masrour Barzani, his deputy Qubad Talabani, and Minister of Finance Awat Sheikh Janab, in the Parliament, about the deduction of salaries of employees and workers in the public sector.

The regional government has deducted, since last June, 21% of salaries and allowances for employees, due to the financial crisis, noting that these measures are temporary.

Sources in the Gorran Movement confirmed to Shafaq News agency that the deputy of its bloc, Ali Hama Saleh, signed a document summoning the prime minister to the Kurdistan Parliament.

The Gorran Movement, one of the main pillars participating in the ninth formation of the Kurdistan Regional Government, forced Saleh to resign after he refused to remove his signature.

While a parliamentary source told Shafaq News agency that MPs submitted the request, but at the time the speaker of parliament informed them that the request did not meet all the conditions, and set six points for them, indicating that this time and after they obtained a quorum from the signatures, the decision remains in the hands of the Speaker of Parliament, adding that according to the internal system, the latter cannot reject the request.

Barzani hopes for a "balanced agreement" soon with Baghdad

Barzani: Kurdistan has always been a beacon of peace and hope