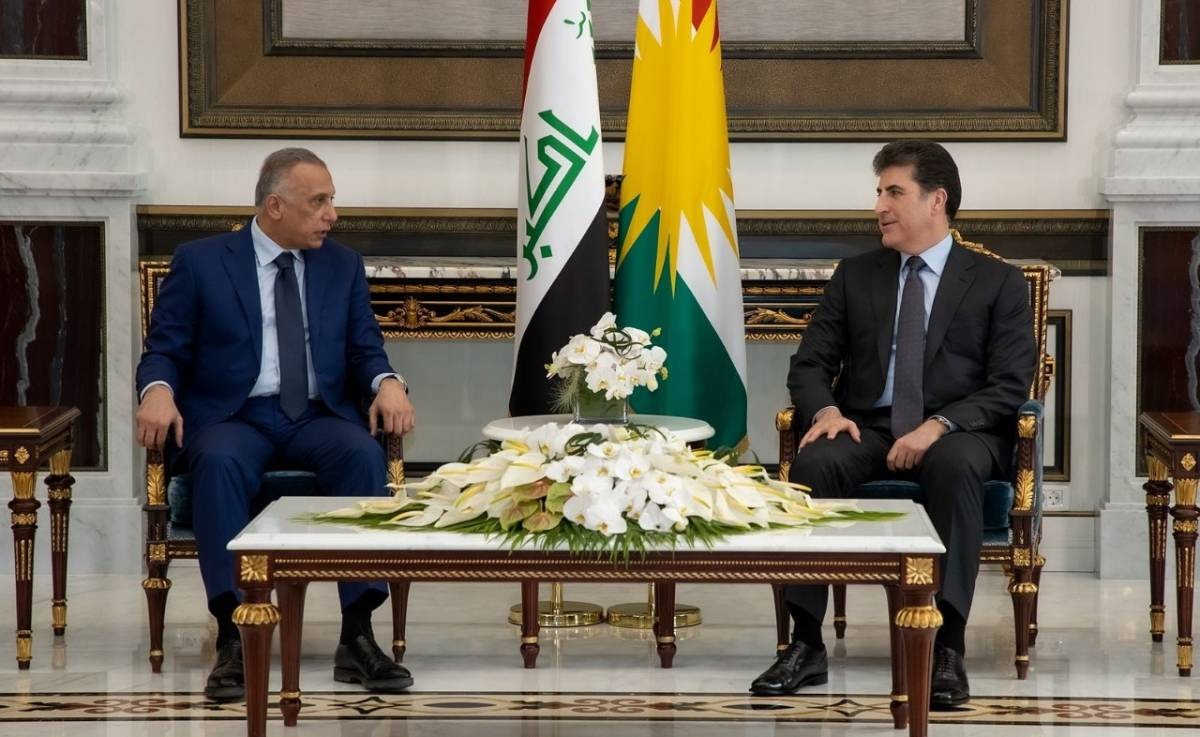 Shafaq News/ On Monday, the President of Kurdistan Region, Nechirvan Barzani, met with the Iraqi Prime Minister Mustafa Al-Kadhimi, who visited Erbil to follow up on the situation after the missile attack.

In a statement, the Kurdish Presidency said that Barzani received at his residence in Erbil, the federal PM, and his accompanied high-level delegation.

Both sides discussed political and security developments in Iraq and the Iranian attack on Kurdistan.

The attack is "a serious development, a flagrant violation of Iraq's sovereignty, it endangers the security, safety, and stability of all of Iraq." The statement said.

Concerning the statement of Iran's Revolutionary Guards Corps claimed that the attack was against "Israeli "strategic centers in Erbil," Barzani denied the presence of any Israeli base in the Region, considering this rumor is baseless.

The Kurdish President said that the Kurdistan Region has always been a factor of stability and strives for peaceful relations of Iraq and the Region with neighboring countries.

For his part, the Iraqi PM stressed that the attack represents a "deep concern," adding, "We came today to Erbil to stand by your side and to support Kurdistan."

On Monday, the Iraqi Prime Minister Mustafa Al-Kadhimi headed a delegation of officials of the Ministers of Defense and Interior to visit the Erbil Governorate.

Al-Kadhimi met with the leader Masoud Barzani, and the Prime Minister, Masrour Barzani.

He also visited the attack sites, including the destroyed houses and Kurdistan 24 building.

Iran attacked Erbil on Sunday with a dozen ballistic missiles in an unprecedented assault on the capital of Kurdistan.

The missiles came down in areas near a new U.S. consulate building, but no Americans were injured.

Iran's Revolutionary Guards Corps claimed responsibility. It said that the attack was against "Israeli "strategic centers in Erbil," suggesting it was revenge for recent Israeli airstrikes that killed Iranian military personnel in Syria.

On Easter, President Barzani appreciates the role of Christians in Kurdistan