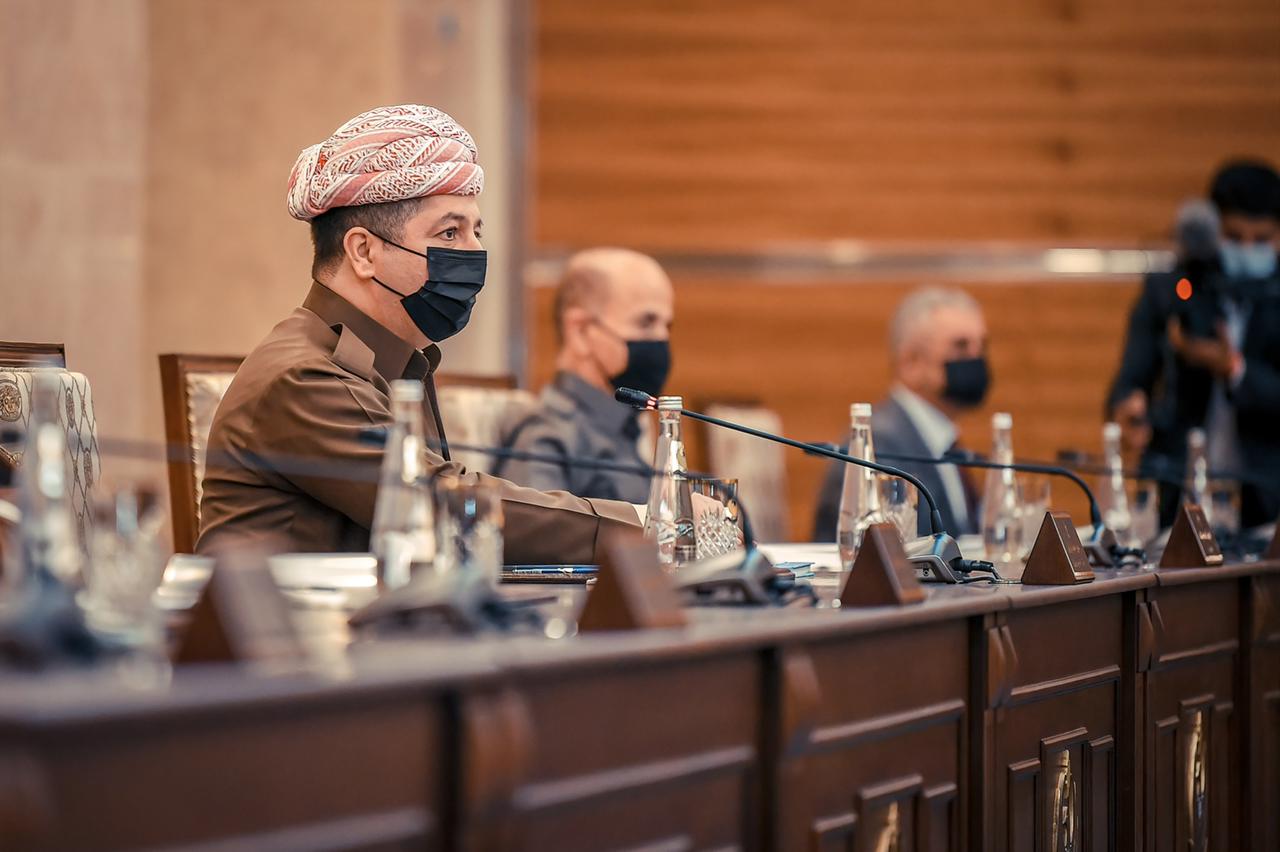 Shafaq News / The Council of Ministers of the Kurdistan Region held its regular session headed by Prime Minister Masrour Barzani.

At the beginning of the meeting, Barzani extended his sincere congratulations to the Kurds on the occasion of the National costume Day in Kurdistan, during which citizens wear their national traditional costumes.

The Prime Minister touched on the Pope's visit, describing it as important and historic, and said, "This visit confirmed that the Kurdistan Region is an important place for peaceful coexistence in the region."

Furthermore, he thanked the organizers of the visit and the relevant Kurdistan Regional Government institutions, especially the security forces, for helping the visit succeed.

For his part, the Minister of Endowments and Religious Affairs, Pshtiwan Sadiq, and the Office of External Relations' manager had submitted a report in which they reviewed the Pope's visit outcomes.

Moreover, the council approved a bill submitted by the Minister of Higher Education and Scientific Research, Aram Mohammed Qadir, regarding granting academic degrees in the Kurdistan Region.