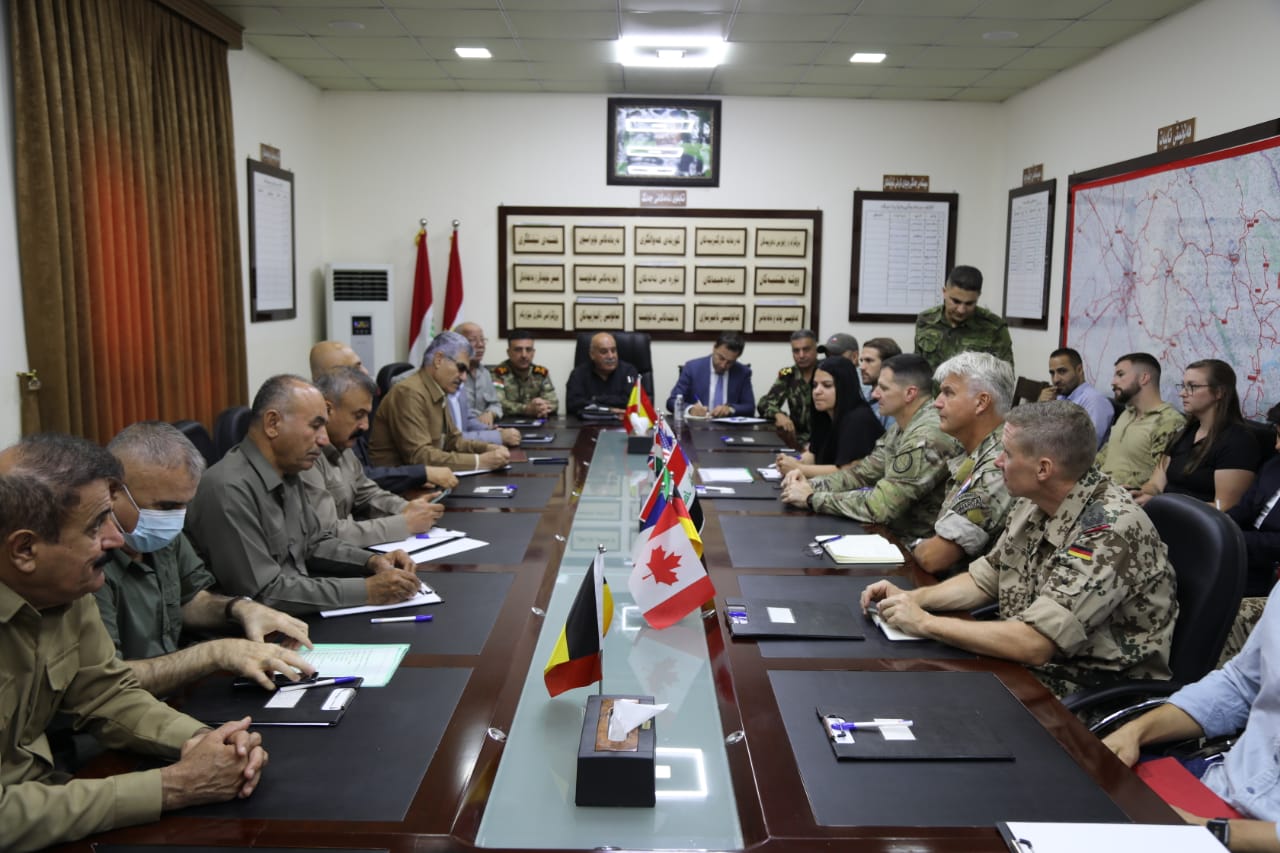 Shafaq News/ The Vice President of Kurdistan Region, Jaafar Sheikh Mustafa, stressed during his meeting with the leaders of Force 70 of the Peshmerga and the supporting forces, accelerating steps to establish a unified national Peshmerga force.

A statement by the region's presidency said that Sheikh Mustafa held a meeting with the commander of the 70th Brigade, along with other high-level security personnel, attended by the Global Coalition representatives and advisers.

The statement indicated that during the meeting, the parties discussed the steps of the reform process and the reorganization of the Kurdistan Peshmerga forces.

Sheikh Mustafa expressed appreciation to the Coalition forces for their continuous efforts, promising cooperation, training, and qualification of the Peshmerga forces in an advanced way.

However, the statement indicated that the Vice President of the region hoped that the steps to establish a national united force away from partisan influence would be faster to ensure safety, security, and stability for the region, stressing that ISIS terrorists are reorganizing their ranks and have become a real threat to the region's safety.

Peshmerga Ministry dispatches a delegation to NESA meetings in US