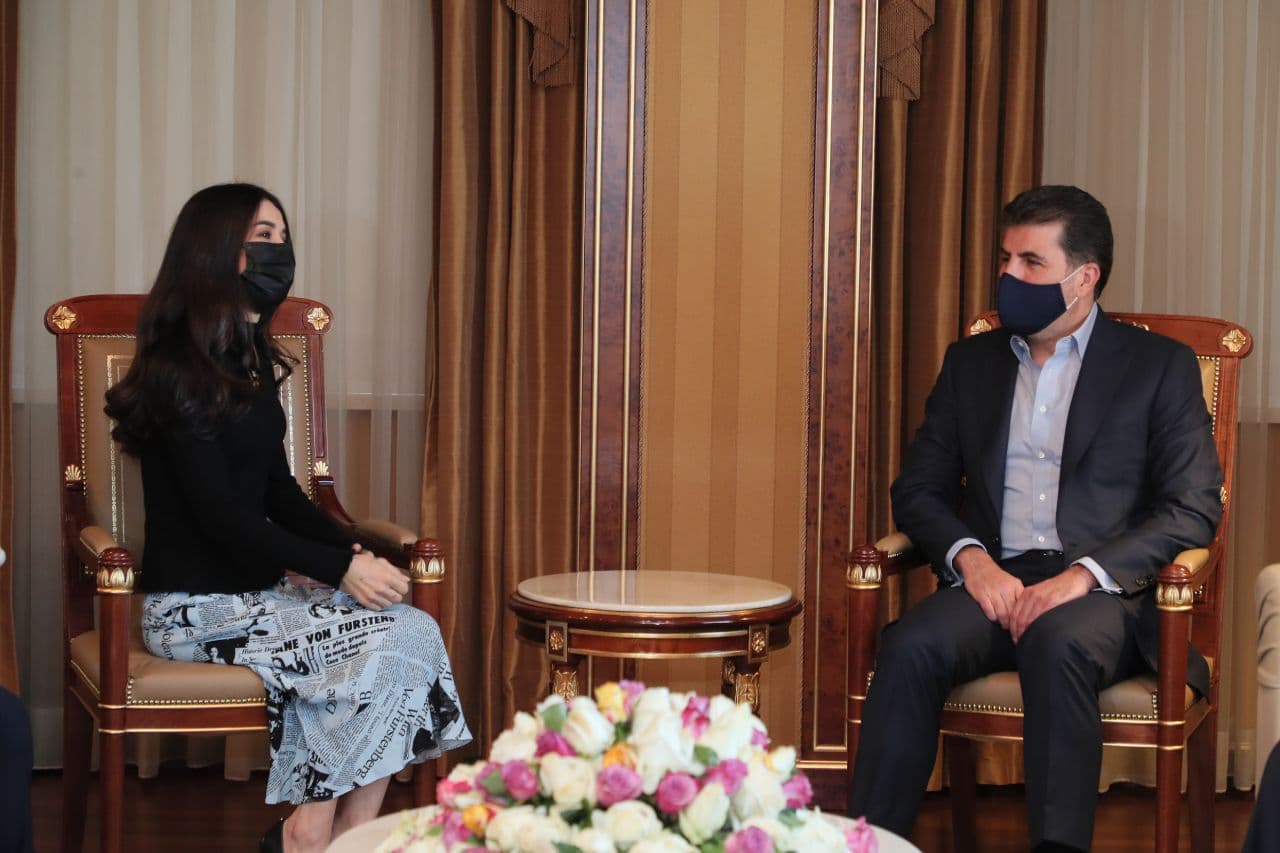 The Presidency said in a statement, President Nechirvan Barzani received today in Erbil the Yazidi activist Nadia Murad and discussed with her returning the Yazidis’ remains to the village of Kojo and Sinjar agreement.”

The Kurdish President confirmed the region’ continued coordination with Baghdad and international community to address the problems of the Yazidis and Sinjar.

For her part, Activist Nadia Murad expressed her gratitude to Barzani for his support to the Yazidis issue.

Nadia Murad was born in Kojo, Iraq. She belongs to the Yazidi ethnic and religious minority. When she was 19 years old, ISIS attacked her village and killed 600 Yazidi men, including several of her family members. Murad and other young women were taken prisoner and subjected to beatings and rape. She managed to escape, however, and make her way to a refugee camp. There she was offered the opportunity to move to Germany, where she now lives.

Murad now works to help women and children who are victims of abuse and human trafficking.

She was appointed the United Nations’ Goodwill Ambassador for the Dignity of Survivors of Human Trafficking in 2016 and received several accolades.

In 2018 she was a co-recipient, with Congolese physician Denis Mukwege, of the Nobel Prize for Peace.

President Barzani hosted the US ambassador to Iraq in Erbil