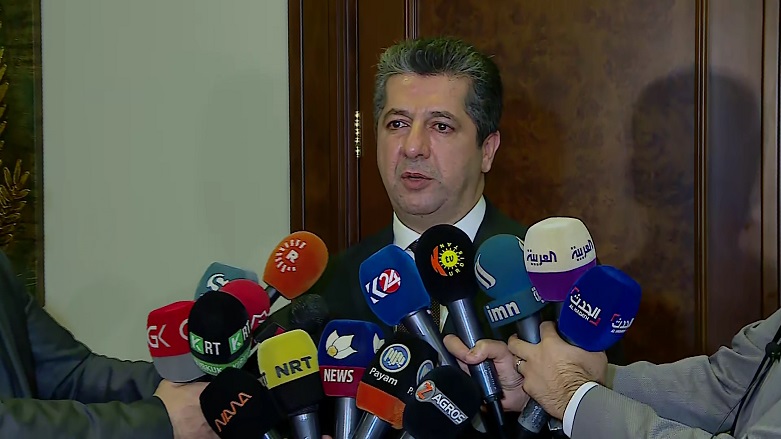 "We presented our views on the problems facing the world, including food security and energy, as well as some political issues in the region and the impact of the war in Europe," Barzani told reporters at the World Economic Forum.

The PM expressed the Region's readiness to contribute to "solving problems facing the world, especially those related to food and energy security, at least in the region."

Last Saturday, the Kurdish Prime Minister headed to Switzerland and participated in the World Economic Forum scheduled from 22-26 May in Davos.

Barzani met with senior officials during his participation and held talks about the latest developments in Iraq and the Region, diversifying the economy and reforming the banking system, finding new markets for Kurdistan's products, and boosting trade and investment.

It is worth noting that Kurdistan's massive untapped oil reserves, lucrative production-sharing contracts, and safe environment have prompted international oil companies over recent years to commit to investing billions of dollars there.

The Kurdish regional government (KRG) has been developing oil and gas resources independently of the federal government. In 2007 enacted its law that established the directives by which the Region would administer these resources.

Kurdistan's Prime Minister: to bring home all those who wish to return from Belarus

Kurdistan PM meets with the Iraqi Minister of Interior