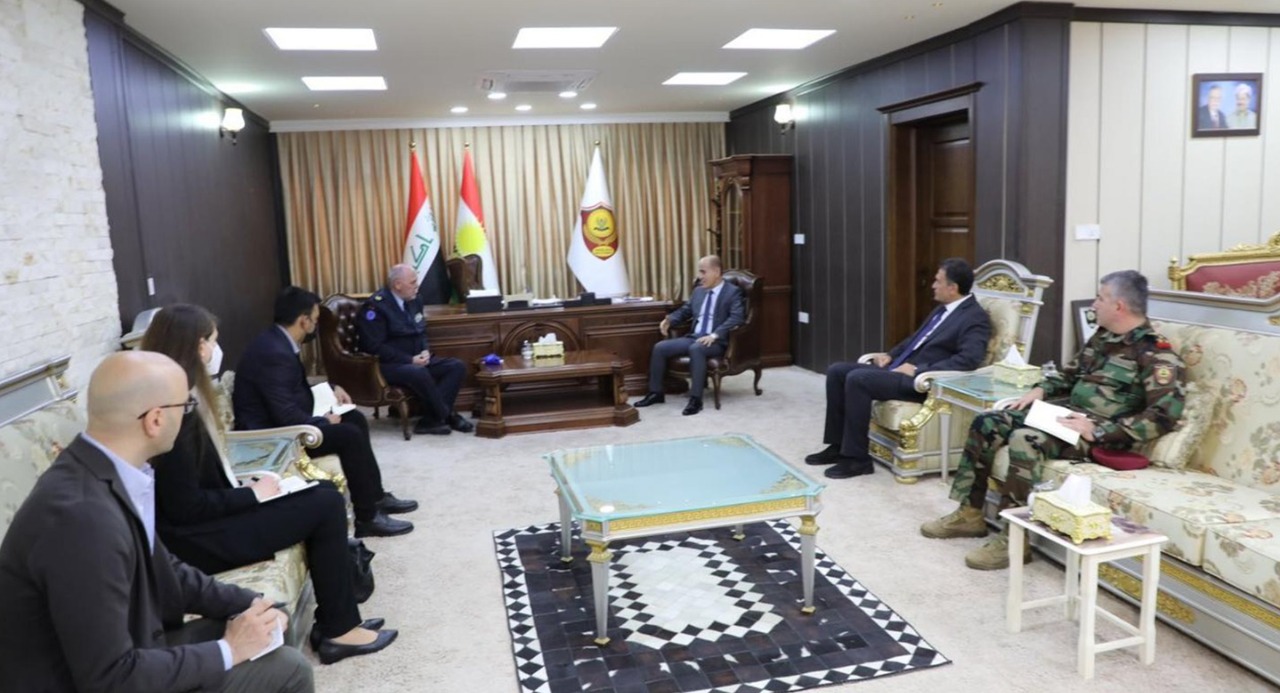 Shafaq News/ The Minister of Peshmerga, Shoresh Ismail, said that establishing joint points with the Iraqi army is very important.

This came during a meeting with Christoph Buik, head of mission for the European Union Advisory Mission in Iraq, and the military delegation accompanying him, according to a statement issued by the ministry.

The statement stated that during the meeting, the two parties discussed reform and mechanisms to help achieve the process, where the Minister of Peshmerga confirmed, “We have crossed great strides in the reform process, and for further progress and expansion, we need cooperation, coordination, and everyone’s support.”

For his part, Buik said the European Union will support all security institutions and centers in the Kurdistan region and Iraq, stressing that it is are aware of the reform details, and that its team aims to directly support and assist on this issue alongside the Global Coalition forces.

However, the two sides discussed the security situation in the region and the issue of maintaining the security and stability of Kurdistan, Iraq, and the region. The meeting also shed light on ISIS threats, and stressed the importance of direct coordination between the Iraqi army and the Peshmerga forces to establish Joint coordination centers.