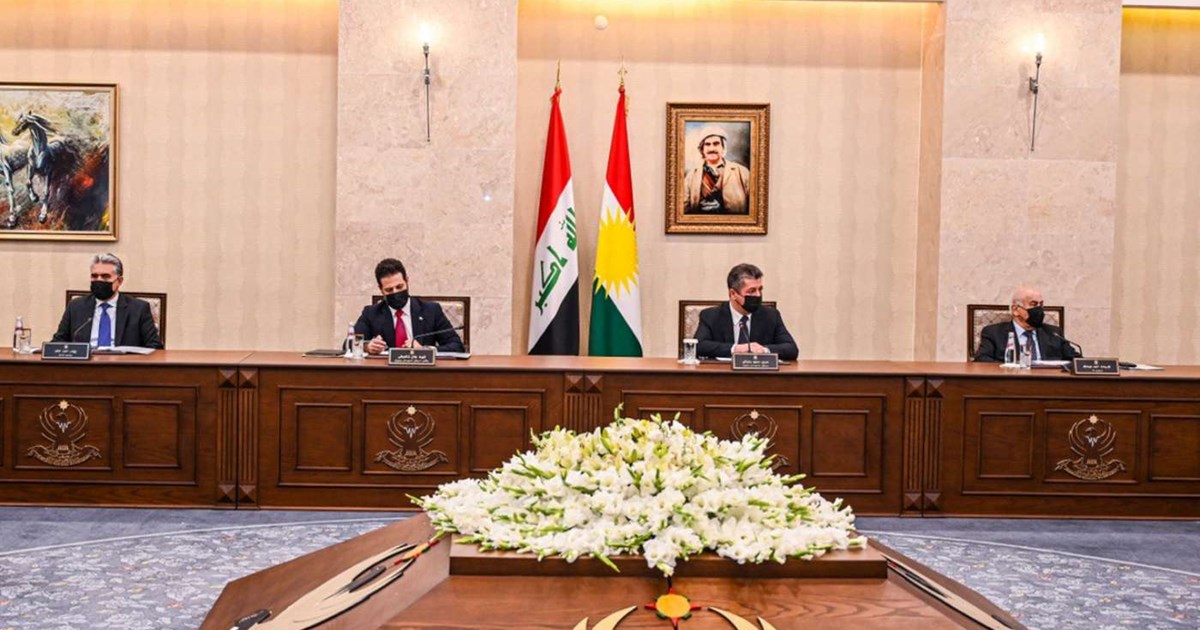 Prime Minister Barzani's remarks came during a meeting of the cabinet in the presence of his deputy, Qubad Talabani, on Wednesday.

Barzani said that the recent attacks on the Kurdistan region's infrastructure aim to undermine its economic progress, urging the security authorities to take the necessary measures to deter similar breaches in the future.

The Prime Minister said that Baghdad "deprived the Kurdistan region of its financial entitlements. It only sent the dues of 13 months from a total of 26... It also reduced its share of the budget."

The meeting reiterated the regional government's commitment to the constitution and its readiness to negotiate with Baghdad.

"It has presented all the data on the income, expenditures, and payrolls to the oversight. Any solution outside the constitution is not accepted," the statement said.

KRG called on the federal government to ease the pressure on the international investors operating in the Kurdistan region, stressing that it will defend its constitutional rights.

The Deputy Prime Minister said that KRG has sufficient intel on the parties orchestrating and executing the attacks on the Khor Mor oilfield and will proceed with the legal proceedings against them.

"The attacks affected the Khor Mor field expansion project, not the part that currently produces gas to meet the needs of citizens," he said.

Kurdistan Ministry of Finance: so far we have not received money from Baghdad

Kurdistan's Prime Minister: to bring home all those who wish to return from Belarus