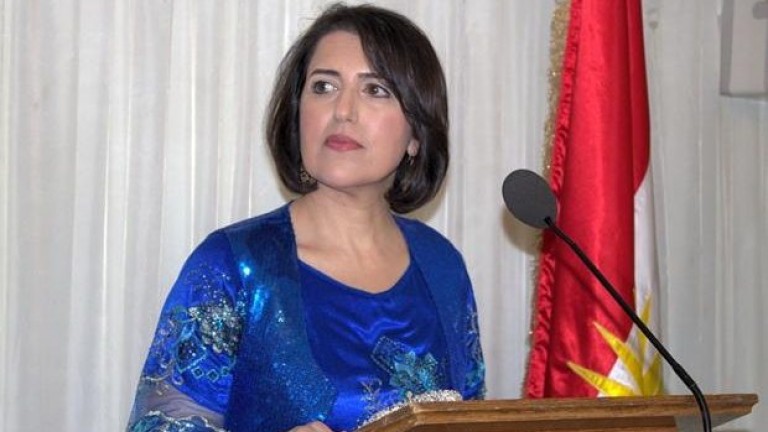 Shafaq News/ The Kurdistan Regional Government (KRG) expressed the desire for twinning between Erbil and Nashville in the U.S. state of Tennessee.

The KRG Representative to the United States, Bayan Sami Abdul Rahman, said in a speech that the relations between the United States and the Kurdistan Region included the security, commercial and cultural fields, hoping to continue developing these relations.

Abdul Rahman thanked the American companies that "continued to invest in Kurdistan even in the difficult times, including during the war against ISIS."

"We are also working on the twinning program."

The Kurdish official expressed hope for twinning between Nashville and Erbil, the capital of Iraqi Kurdistan.

About 15,000 Kurds, a third of the total Kurdish population in the U.S., live in Nashville; therefore, it is known as "little Kurdistan."

On Monday, August 1, a Kurdistan Region peshmerga and security delegation led by Minister Shoresh Ismail arrived in Washington DC. The delegation was welcomed to the Kurdistan Regional Government Representation by KRG Envoy Bayan Sami Abdul Rahman and the staff of the Mission

Minister Ismail and the delegation would meet with American officials in the U.S. government and Congress to discuss the U.S. Kurdistan strategic partnership within the context of the U.S. Iraq Strategic Framework Agreement.

They will discuss the continuing threat of ISIS in Iraq and Syria and the implementation of the peshmerga reform program. The United States has provided training and equipment to the peshmerga forces and is advising the Ministry of Peshmerga Affairs on its strategy to modernize and unify the forces.

Iraqi Minister of Education arrives in Erbil on an official visit