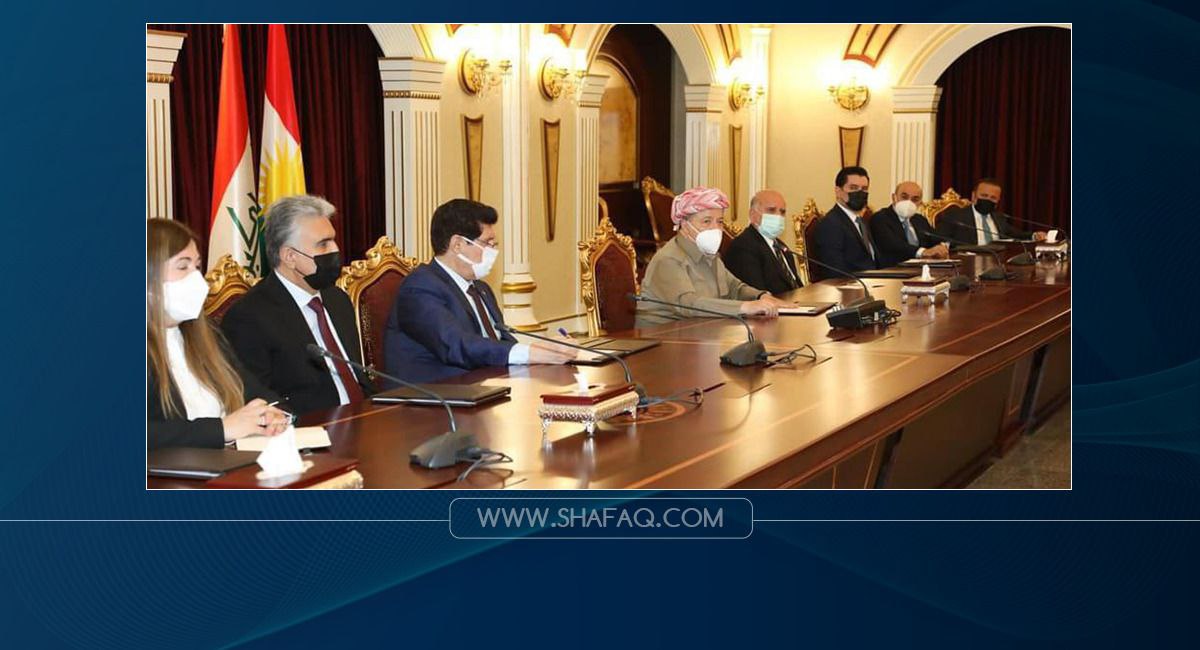 Shafaq News/ The head of the Kurdistan Democratic Party (KDP), Masoud Barzani, on Saturday reiterated his party's commitment to the constitution and the principles of "partnership, consensus, and balance", and opposition to conflicts.

Barzani's remarks came during a meeting with the members of the KDP bloc in the Iraqi parliament in his headquarters near Erbil, Kurdistan's capital city, earlier today.

"We are defending a just cause under all the political variables and equations," he said, according to a press release by his headquarters, "the constitution and the principles of 'partnership, consensus, and balance' are key to resolving the outstanding problems."

"The Kurdistan Democratic Party does not embrace exacerbating conflicts and crises. Our priority is protecting the dignity and constitutional rights of the citizens," he said.

"The lawmakers shall be servants of the public and defenders of the people's rights. Our deads shall reflect their sayings," he said, addressing the members of the KDP bloc.