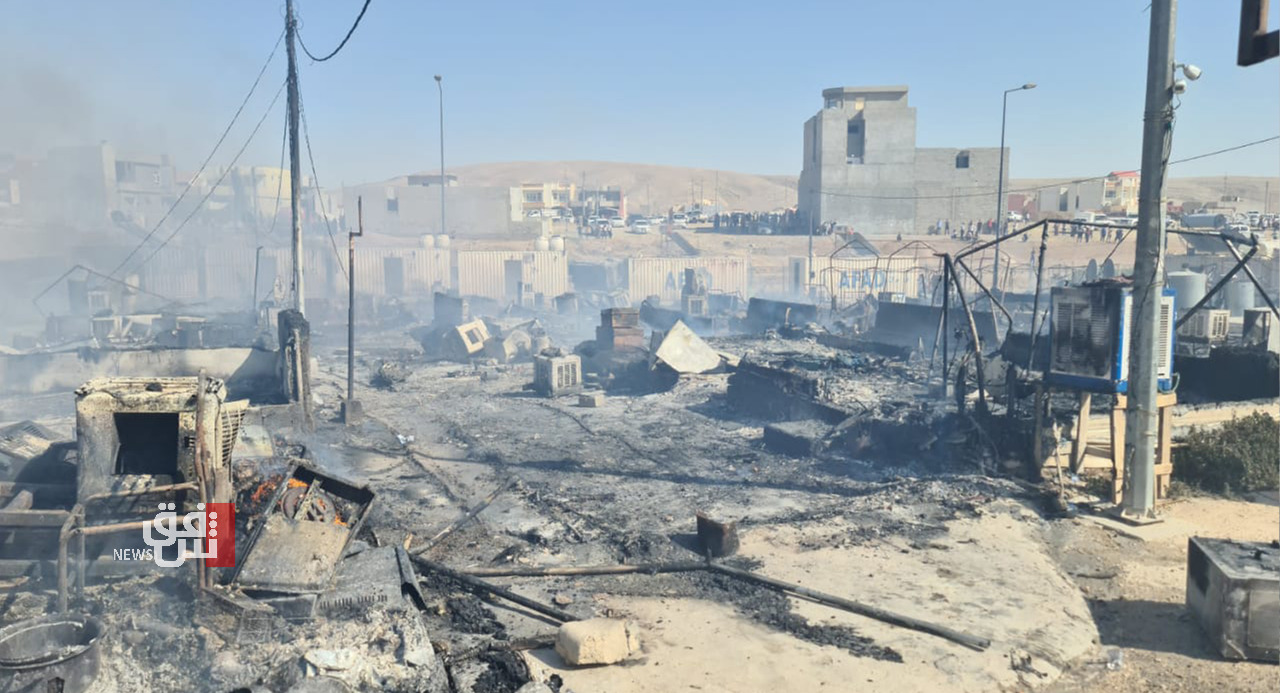 Shafaq News/ The Iraqi Civil Defense Directorate reported that its teams supported the firefighting teams of Kurdistan Region to control the huge fire that broke out today in the Sharya camp for Yazidi IDPs in Duhok governorate.

The statement indicated that it is unknown whether there are casualties or not, noting that the aerial firefighting was supplied with water by the civil defense teams in Nineveh Governorate.

The media official of the Department of Migration and Displacement and Relief of the IDPs in Dohuk governorate, Karwan Atroushi, said that nearly 1,400 displaced Yazidis have become homeless after the fire that broke out in 350 tents in Sharya camp.

Atroushi told Shafaq News Agency that the fire was caused by a short circuit, noting that helicopters and firefighting teams intervened to extinguish it.

For his part, Duhok’s Governor, Ali Tatar, formed a committee to uncover the circumstances of the accident and compensate those affected by it, according to Atroushi.

An official local source reported earlier today that a massive fire broke out in the Sharya camp for the Yazidi IDPs in Duhok governorate.

Six causalities in a terrible car crash in Duhok