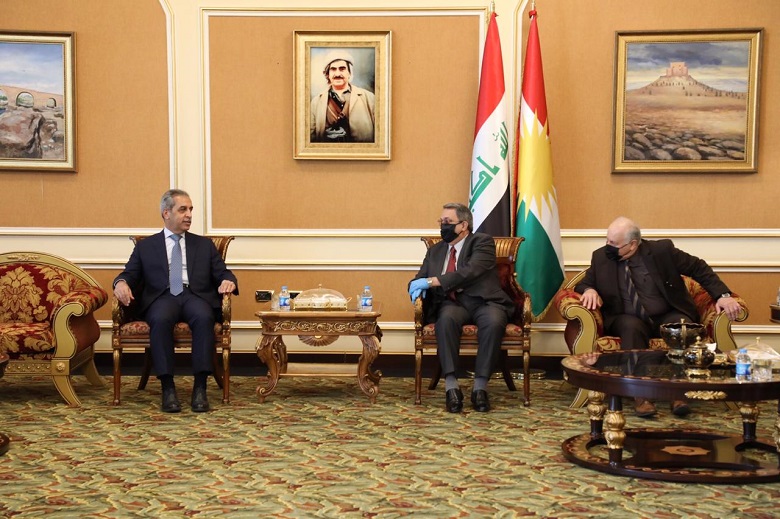 Shafaq News / The President of the Supreme Judicial Council of Iraq, Judge Fayeq Zaidan headed on Wednesday a delegation for inspection visit to the Kurdistan Region Council and Erbil Court of Appeals.

According to the statement, Zaidan checked up the work of the judiciary in the region’s courts and discussed ways to develop cooperation between the federal judiciary and the region’s judiciary."

The Global Coalition to detonate "expired ammunition" in Erbil today

Erbil thanks China for supporting the Region