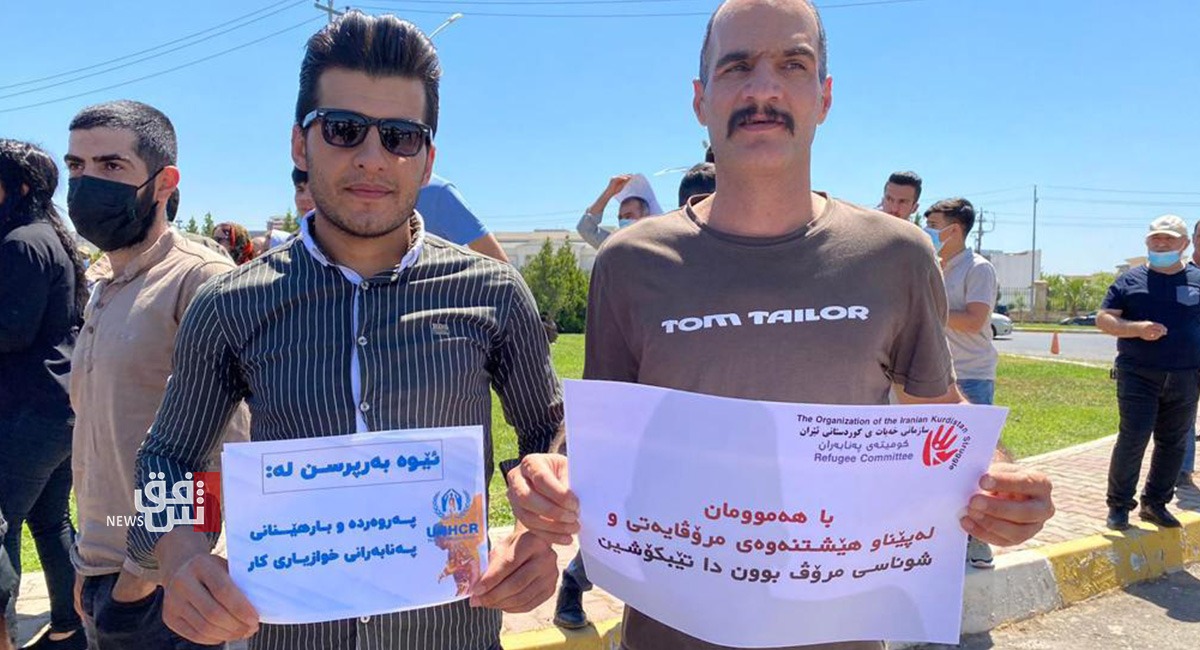 Shafaq News Agency correspondent said the Iranian refugees who are living in Erbil called for granting their rights urgently and fairly.

The demonstrators raised the slogans “Let us all fight for humanity” chanting “for 40 years, we are refugees in Iraq and have no rights.

They also handed over to the United Nations headquarters in Erbil a memorandum with several demands, including handling with the files of political refugees in a fair way.