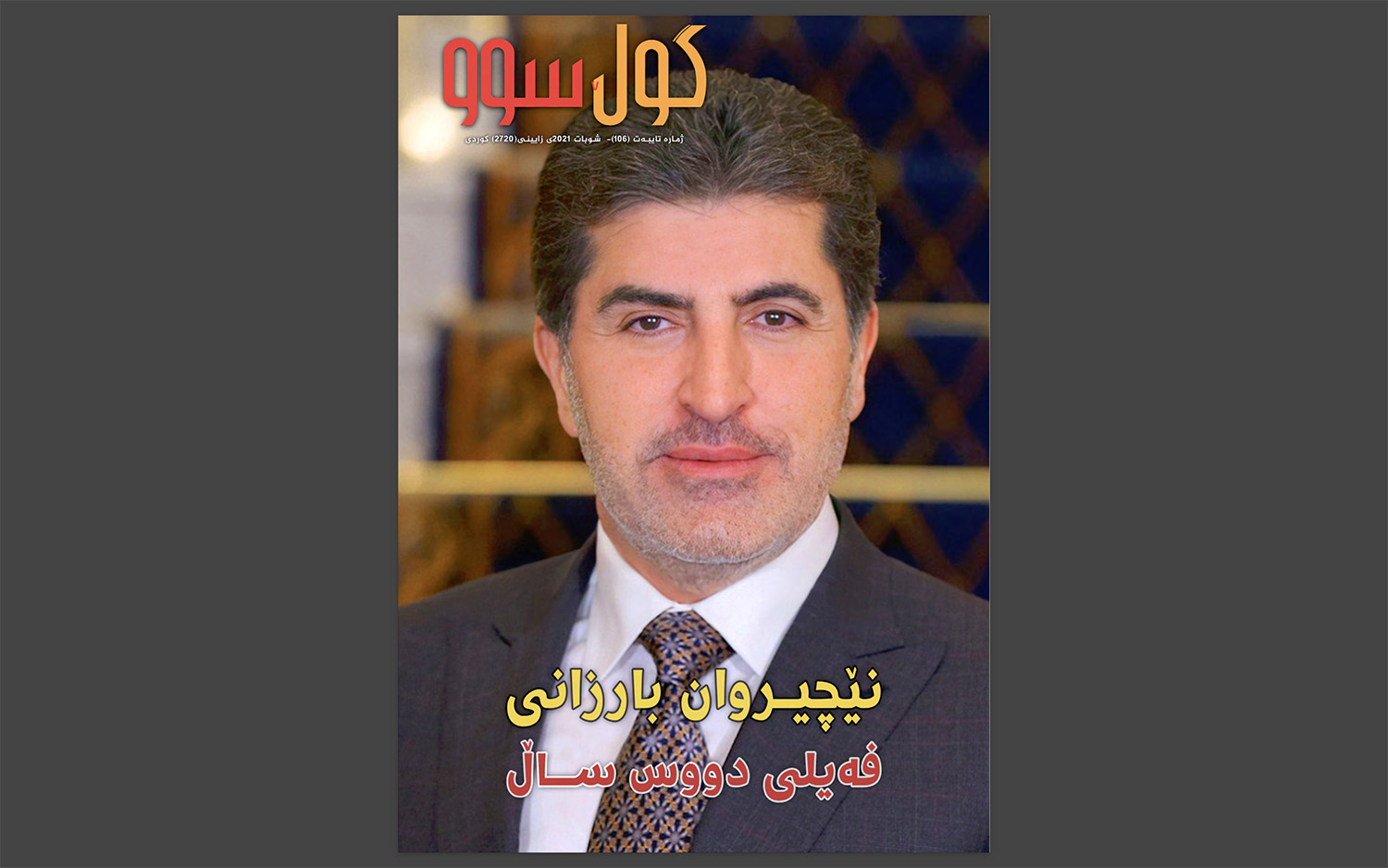 The Feyli magazine named the President of Kurdistan Region, Nechirvan Barzani, as the face of its first "Feyli Doos" edition.

The Editor in Chief of "Gull Soo", Ali Hassan el-Feyli, said in the editorial of the 58 issue, "Feyli Doos features and profiles persons who provided contributions with distinguished political, economic, cultural, and social aspects, and pays heeds to the segments and components of the Kurdish nation."

"We opined to name Mr. Nechirvan Barzani as the first face to this special edition. Mr. Barzani, or the architect of Peace and Urbanism, besides his contributions as the incumbent President of the Region, his terms as a Prime Minister, is known as an advocate to the Feyli Kurds."

El-Feyli added that this award or issue will be announced annually ahead of the Kurdish New year, Nowruz, on March 21.

"Gull Soo", Twilight, Shafaq in Arabic, has 106 issues on its shelves. It is the only magazine that is published in Feyli Kurdish (Southern Kurdish) dialect.

Nechirvan Barzani: the relations after ISIS war are below our expectations