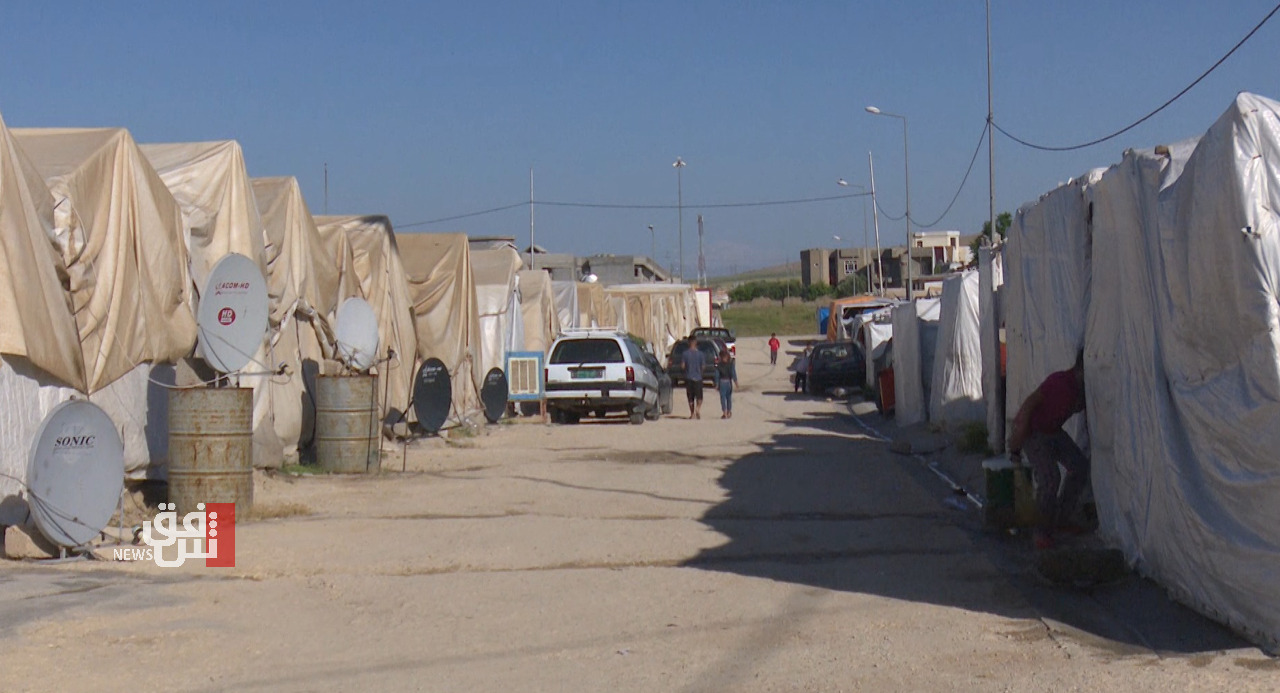 Shafaq News/ The displaced are living in difficult humanitarian conditions in the camps of Dohuk governorate due to the heat wave and high temperatures.

Displaced people are suffering from power outage and shortage of Potable water.

Safar Khudeda, a displaced person in a camp south of Dohuk, told Shafaq News Agency; The electricity run not more than nine hours per day calling on the authorities to take into account the displaced and provide the necessary services.

Khairiya Saud, another displaced person who has lived in the camp in Dohuk since 2014, said to Shafaq News Agency; “the tent is made of nylon, and children cannot bear to stay under it for minutes after when the power is cut.”

Saud called on the federal government to provide security, stability and services in their areas of origin in to return with her family.

According to the latest report released on Dec. 30 by the Joint Crisis Coordination centre (JCC) of the Kurdish Ministry of Interior, Kurdistan has hosted the largest number of IDPs and refugees in Iraq.

“KRG has received and helped the vulnerable people without any discrimination and prejudices…the displaced people in Kurdistan are from various sects, ethnicities, and religious backgrounds.” The JCC report said.

“The majority of IDPs and refugees live with the host communities in the Kurdistan Region, while only 29 percent live in the 35 camps,” the report stated.

The report also said that the KRG needs at least $895 million annually to provide the services for the displaced persons and Syrian refugees.

Three missiles accidentally fell near a village in Duhok