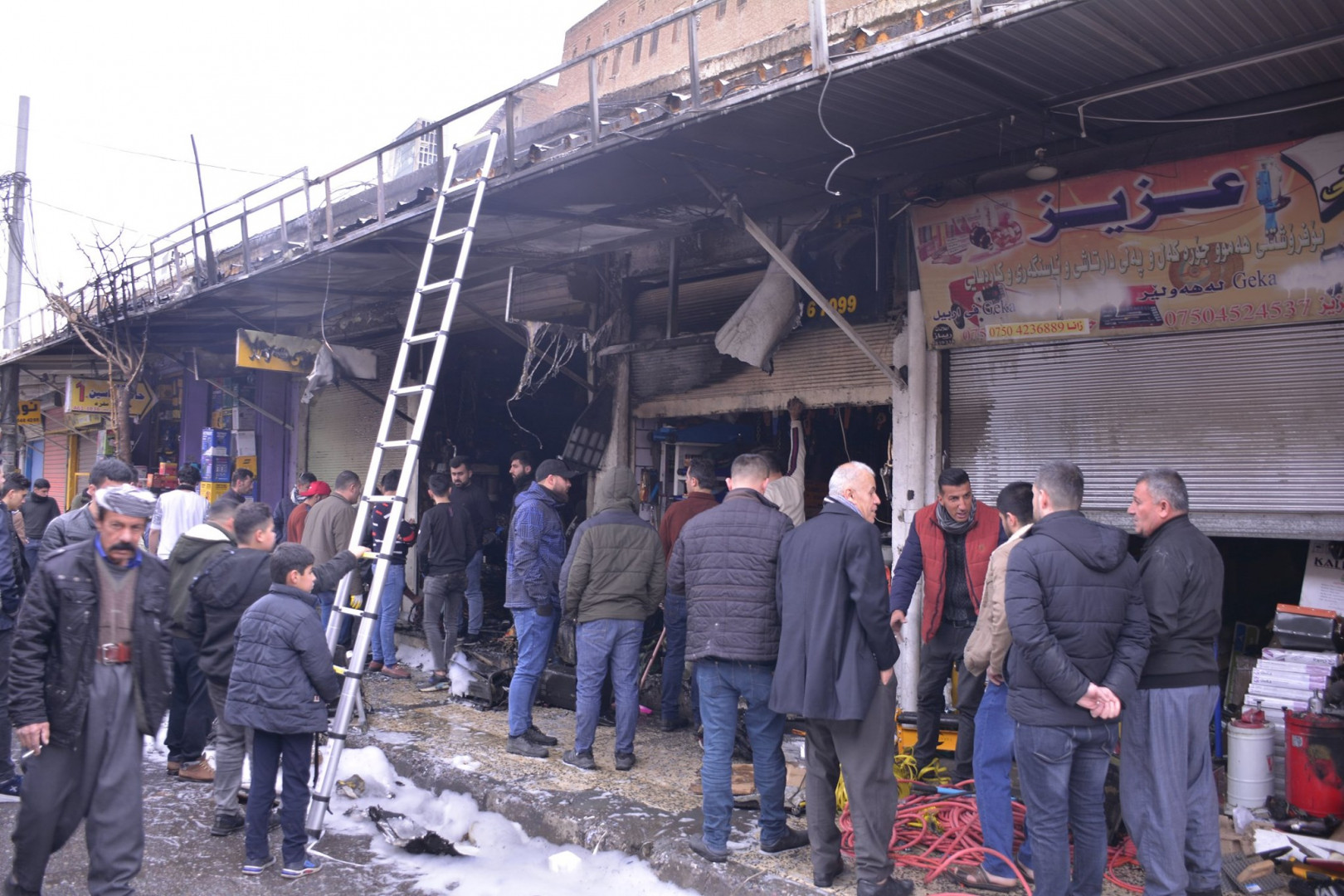 Shafaq News / The Civil Defense teams in Erbil Governorate announced that massive fires broke out in a popular market in the city center.

The Director of Civil Defense Media office, Masoud Karesh, told Shafaq News agency that the fire broke out in a food and vegetable market, in Al-Thalathini Street in Erbil.

He added that the civil defense teams were able to control the fire and extinguish it, pointing out that an electrical short circuit most likely caused the fire.