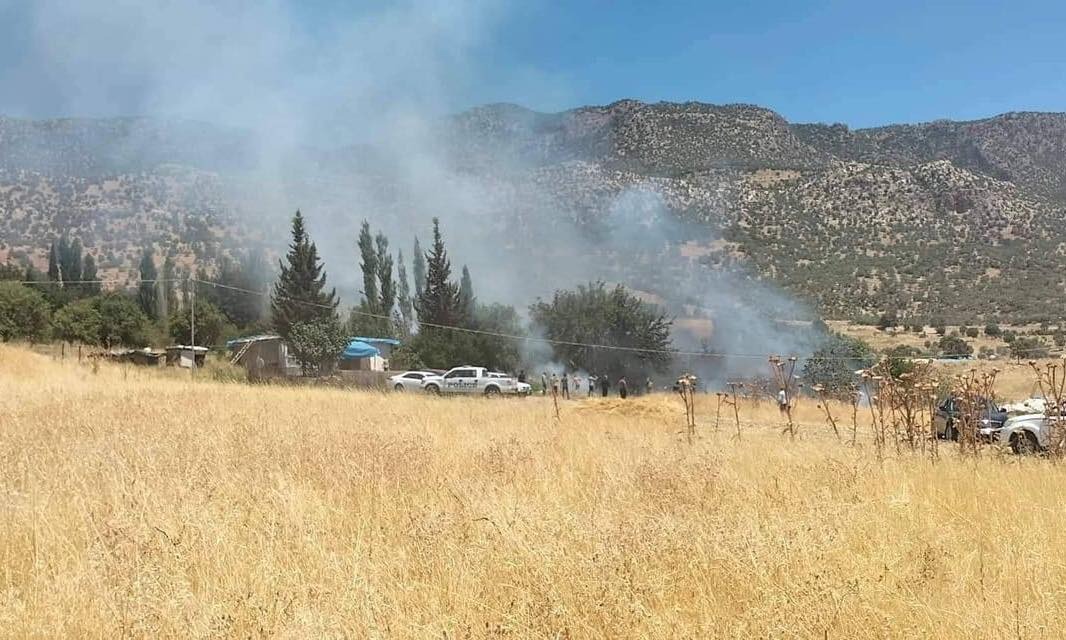 Shafaq News/ On Thursday, an artillery shell fell near the Turkish military base in Bamerni district, north of Duhok, Kurdistan.

A security source told Shafaq News Agency that the fire trucks arrived at the scene to fight the fire caught in agricultural lands and weeds.

It’s noteworthy that Ankara launched operations in northern Iraq against the Kurdistan Workers Party (PKK) in response to what it said was an increase in militant attacks on Turkish army bases along the border between the countries.