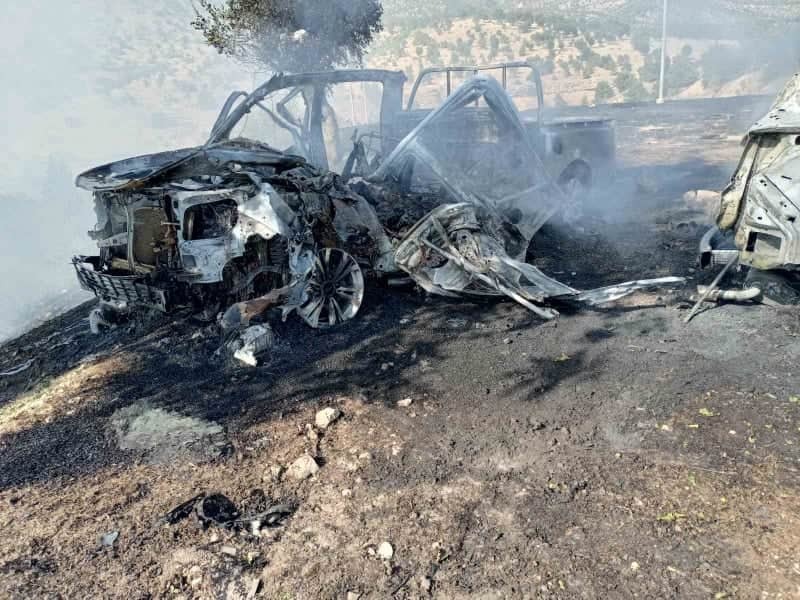 Zubair told Shafaq News agency, that two PKK militants were killed in an airstrike targeting two vehicles on the highway between the villages of Hesnperka and Gelbish in the sub-district in Bamerni. He added that the local police cordoned off the scene while firefighting teams extinguished the fire caused by the Turkish attack.